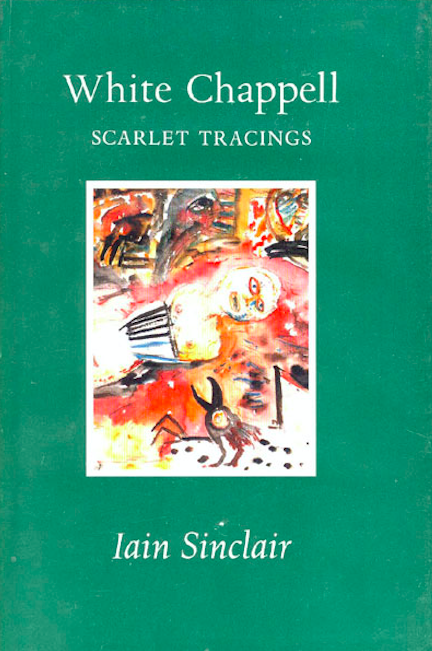 Sinclair’s first novel interweaves a present-day yarn about a gang of cutthroat “bookmen” (who are vying to obtain a long-lost, ultra-obscure copy of A Study in Scarlet, the first Sherlock Holmes adventure) with a reimagining of the Jack the Ripper murders. Working in the vein of Michael Moorcock, Alan Moore, and other London-obsessed psychogeographers, the author — a far-out poet and cutthroat bookman — paints a grotesque, expressionist portrait of one of the world’s most semiotically loaded cities. Nicholas Lane, an ulcerous book dealer, and his crew roust a colleague in the middle of the night — his own accomplices are busy forging authors’ signatures, meanwhile — and ransack his bookshop. Back in the Victorian era, Dr. William Gull, one of the Physicians-in-Ordinary to Queen Victoria, stalks the impoverished Whitechapel district of London in search of human prey. What do the two storylines have in common? A Study in Scarlet may hold some clues to the Whitechapel murders…. A difficult but rewarding read; if the plot is opaque, the prose is extraordinary.

Fun facts: Sinclair became well-known for Downriver (1991), a kind of sequel to White Chapell, Scarlet Tracings; Radon Daughters (1994) is the third installment in the series. His psychogeographical essay collection Lights Out for the Territory (1997) has proven even more popular and influential than his fiction. Alan Moore, whose 1989–1998 graphic novel From Hell was in part inspired by Sinclair’s novel, has described White Chapell, Scarlet Tracings as “a manifesto for a future literature that has more blood, more brains, and more mysterious beauty.”