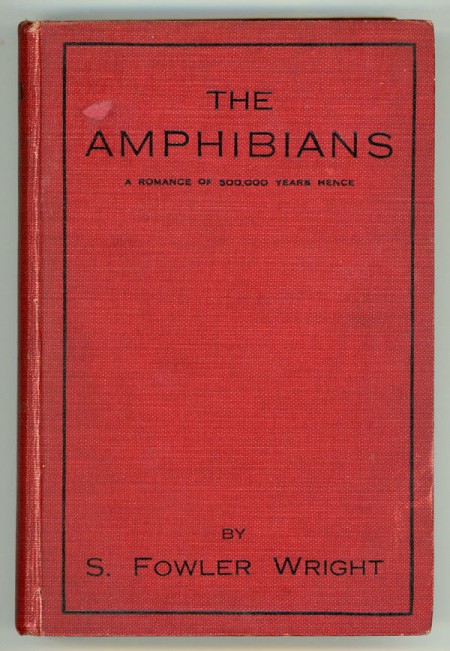 Half a million years from now, George, a time-traveling human — yes, he’s read H.G. Wells’s The Time Machine — discovers that the Earth’s dominant intelligent species are the Dwellers (giant troglodytic humanoids self-destructively devoted to science) and the Amphibians (otter-like, telepathic creatures who are morally more evolved than humans). Humankind as we know it, it seems, was not the endpoint of evolution — only a stage to overcome. In search of two previous time travelers who’ve failed to return, George is befriended by a peaceful, gender-fluid Amphibian who regards him as a puzzling, limited, violently emotional, rather grotesque and pathetic creature. This Kirk-and-Spock duo traverses the future Earth — a landscape of nightmarish, carnivorous flora and fauna, the depiction of which was no doubt influenced by Wright’s translation of Dante’s Inferno — while debating social, cultural, economic, and moral questions. Eventually, George comes to agree with the Amphibian regarding 20th-century humankind’s foibles; the book’s overall message is more or less a libertarian or anarchistic one. All living creatures are capable of harmony and freedom, if only we’d stop being assholes. The story ends abruptly, with no sign of the missing time travelers; in 1929, Wright published The World Below, which adds a sequel — titled The Dwellers — to The Amphibians. A third installment was never completed.

Fun fact: Wright was one of the key figures in the tradition of British scientific romance; Everett F. Bleiler calls The World Below “undoubtedly the major work of science fiction between the early Wells and the moderns.” Wright’s family maintains an impressive website featuring his poetry and fiction. 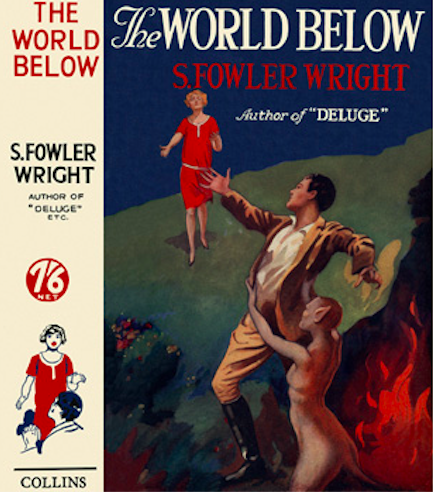 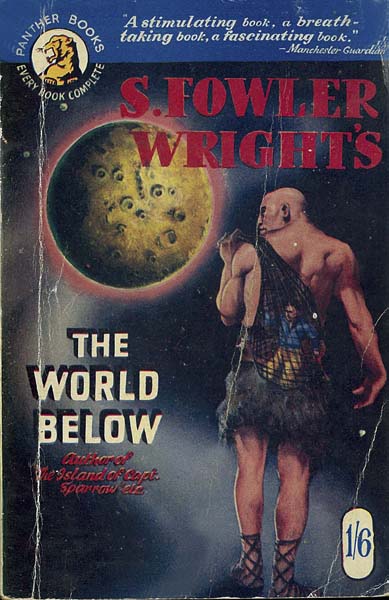