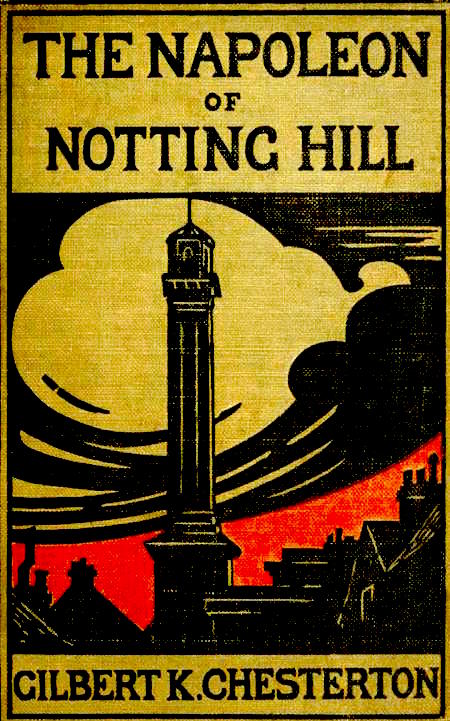 Before Francis Fukuyama’s 1989 essay “The End of History?” posited that the universalization of Western liberal democracy may signal the endpoint of humanity’s sociocultural evolution, G.K. Chesterton’s first novel described a stultifying, Wells-esque utopian world order — in the year 1984 — where religion has been banished, and violence is unknown, but at the cost of particularism, creativity, and progress. So bored are the British that they randomly select Auberon Quin — an eccentric prankster — as their king. Among other proto-Pythonesque provocations, Quin declares that each of London’s neighborhoods will henceforth be an independent city-state, and requires their lord mayors to dress in medieval costumes. Most Londoners enjoy this game… but ten years later, when the other cities plan to build a road that passes through Notting Hill, 19-year-old patriot Adam Wayne foments a protest movement. Wayne, the titular Napoleon of Notting Hill, turns out to be a born military tactician, and soon enough an all-out conflict, featuring swords and halberds, has broken out between London’s neighborhoods — prefiguring the 1981 Judge Dredd story “Block War.” Chesterton doesn’t gloss over the tragedy and stupidity of war… but ultimately, his point is that a healthy, vibrant society demands a little tragedy.

Fun facts: The Irish revolutionary leader Michael Collins, who was 14 when the book was published, is known to have greatly admired The Napoleon of Notting Hill, which helped inspire his Irish nationalism. Also, it has been speculated that Orwell’s Nineteen Eighty-Four, which is also set in a dystopian British utopia, takes place in that year as an homage to Chesterton’s novel.