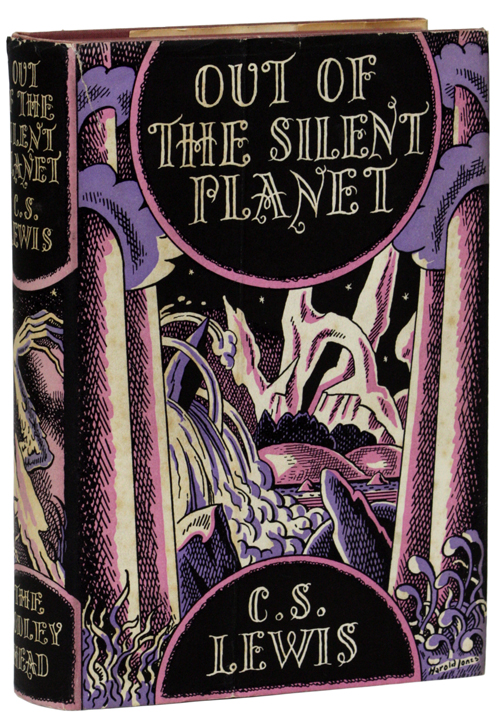 When Dr. Ransom, a Cambridge professor of philology, prevents physicist Dr. Weston (along with Weston’s accomplice, the cynical and grasping Dick Devine) from forcing a dull-witted young man into a spherical structure in Devine’s back garden, he is drugged by the unscrupulous duo. When he regains consciousness, Ransom finds himself in a spacecraft en route to Malacandra (Mars). Ransom escapes, explores the planet, and is befriended by a tribe of hrossa. Pursued by Weston, who aims to help humankind colonize the universe exploiting its resources, and Devine, who is just trying to get rich, Ransom seeks out Oyarsa, a spirit-like creature who rules Malacandra. She explains that Earth (“Thulcandra,” the silent planet) is ruled by an evil spirit, then permits the three humans to return home — if they can make it there alive!

Fun facts: The first installment in Lewis’s Cosmic Trilogy; the sequels are Perelandra (1943) and That Hideous Strength (1945). Lewis claimed that the Radium Age sci-fi novel Arcturus, by David Lindsay, gave him the idea of using planets less as places than as spiritual contexts. This novel was written up by Mark Kingwell in HILOBROW’s CROM YOUR ENTHUSIASM series. 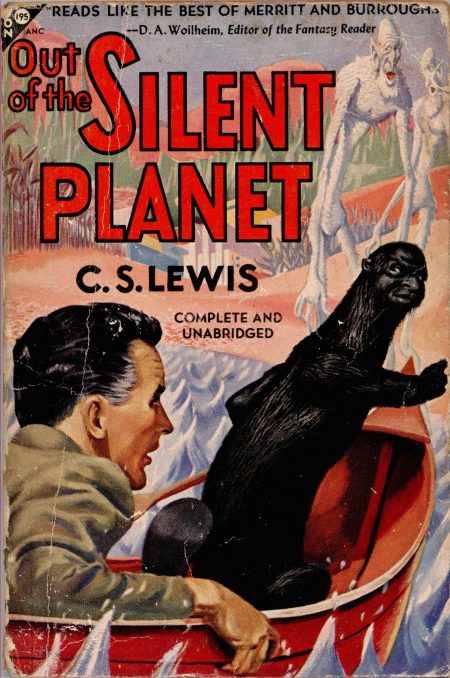