Regression Toward the Zine (6)

PREVIOUSLY: The emergence of the zine as we know it!
*

Zines as we now know them first emerged, as I tentatively hypothesize in the previous post, during the 1974–1983 period. The so-called Zine Revolution took off circa 1984 – thanks in large part, as many zine scholars have pointed out, to Mike Gunderloy’s c. 1984 decision to turn Factsheet Five (which began in 1982 as a review of sf fanzines) into a review publication aimed at zinesters. Also note: The first round-the-clock Kinko’s opened in 1985.

Here are notes on a few zines — that is, in addition to the ones mentioned in the previous post — that I was aware of in the earliest days of the so-called Zine Revolution.

* Everyone who collected zines c. 1984 had a copy of or two of Cometbus, a punk zine — which may have started as a fanzine, but evolved into something else — started in 1981 by a 13-year-old from Berkeley who called himself Aaron Cometbus. For better or worse, the lo-fi, handwritten, black-and-white, deeply personal vibe of Cometbus became the template for the majority of zines during the Zine Revolution. (I think it might not have actually been called Cometbus until 1983-ish?) I don’t seem to own any copies of Cometbus, though. Although I identified as punk — or post-punk — I never did enjoy reading about punk. 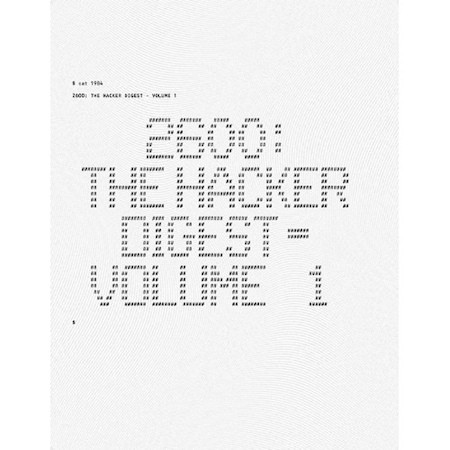 * 2600: The Hacker Quarterly first appeared in 1984. It was published by “Emmanuel Goldstein,” a nom de plume inspired by a character in Orwell’s Nineteen Eighty Four. The zine focused on hacking government and company products, websites and protocols, DIY electronic gadgets, programming, telephone tampering and issues concerning freedom and access to information and technology. 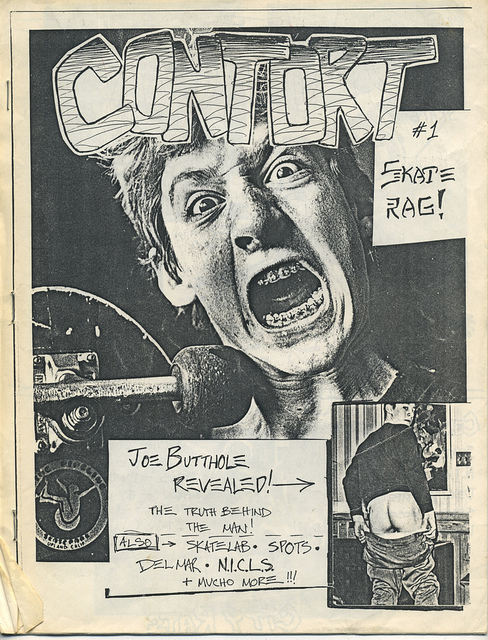 * One of the first fanzines I ever saw was CONTORT, a skateboarding zine published in Boston by my friends Dan Estabrook, Larry “Flareball” Rich, and others. This issue is from 1985. 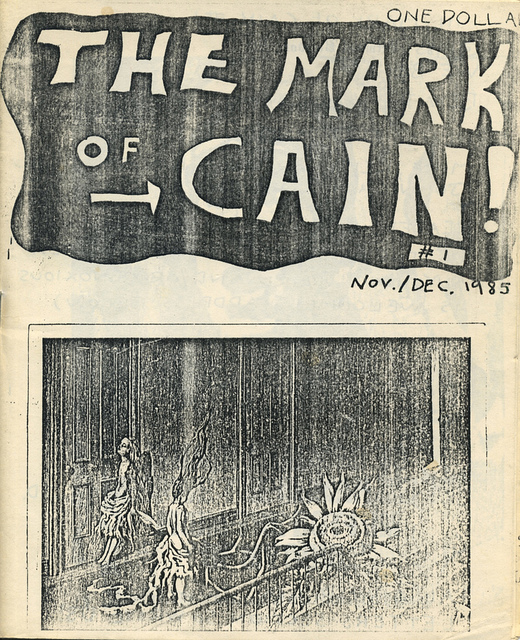 * One of the very first zines that I ever saw was The Mark of Cain, published at Boston Latin School in 1985 by my friends John Cradock and Ben Pomicter. The masthead (title logo) is a thing of beauty, and I enjoyed the comics and the rants. But what impressed me most about The Mark of Cain is how it inspired a thuggish football player to punch John in the mouth… because the guy (correctly) assumed that the message “Diana, will you please shut the kindly fuck up” inscribed onto one of the zine’s pages was a reference to his girlfriend. John and I were co-editors of the school’s literary magazine, which inspired no such visceral reactions! Not that I wanted to be punched in the mouth, but in some inchoate way I realized then and there that literary publishing would never provide me with the kind of immediate, personal feedback loop I craved. 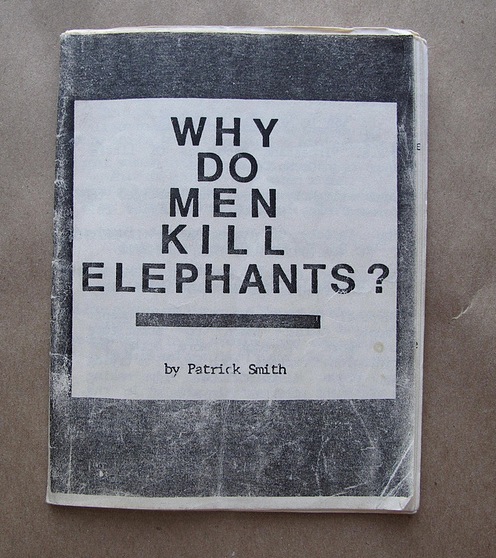 * Above is another of the first non-fanzine zines that I encountered: Patrick Smith’s one-off publication Why Do Men Kill Elephants?, published c. 1986 in Revere, Mass. Pat was a friend of John Cradock’s from Boston’s post-punk scene — his earlier fanzine Alternative Focus was a pretty big deal. (He was one of the first to use “alternative” as a descriptor for the DIY rock music then emerging.) Why Do Men Kill Elephants? was a collection of Patrick’s non-music musings, fiction, poetry, collages and so forth. In the mid-1990s he started another excellent zine — of poetry, music writing, travel writing, and more — called Stargreen Review. 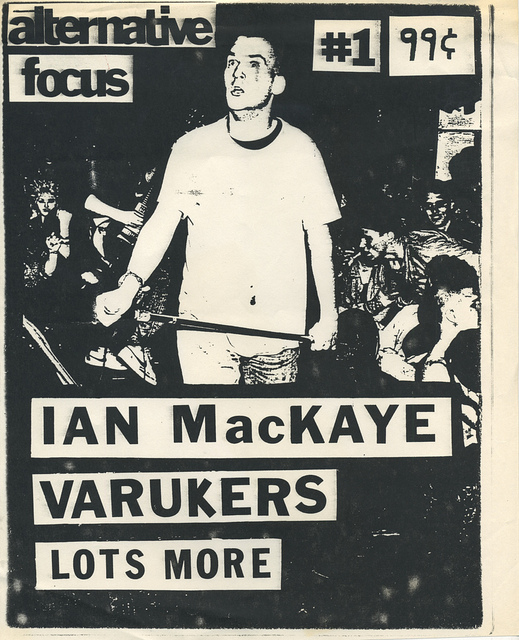 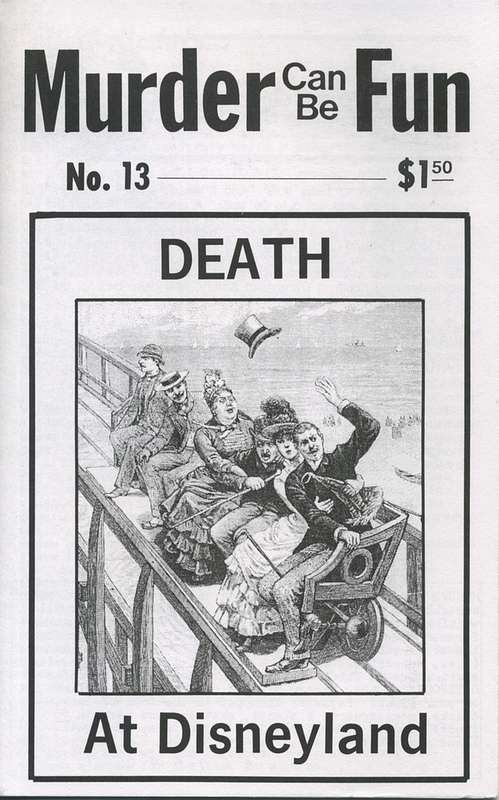 * Murder Can Be Fun, by San Francisco-based “John Marr,” was a really smart, well-researched, and entertaining zine about bizarre death, murder, mayhem, crime, and disaster. I struck up a correspondence with Marr, and he ended up writing some excellent essays for my zine Hermenaut. I’m pretty sure we met, once, via Lynn Peril of Mystery Date, in San Francisco in the early ’90s. I think MCBF was first published in 1986. 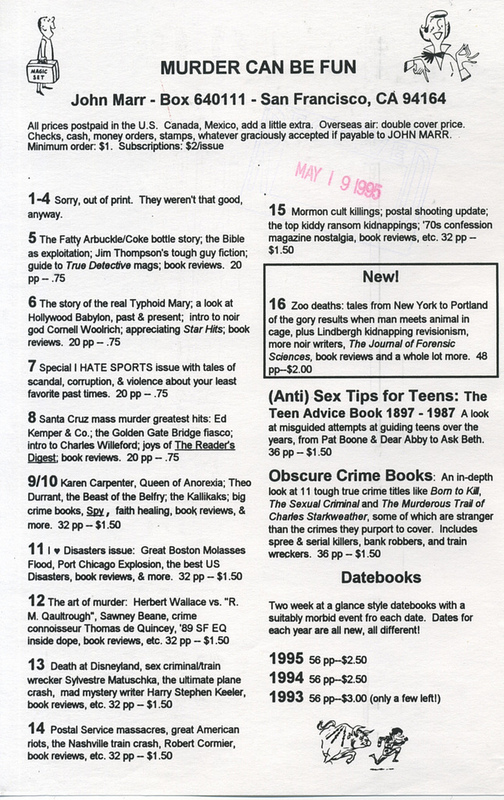