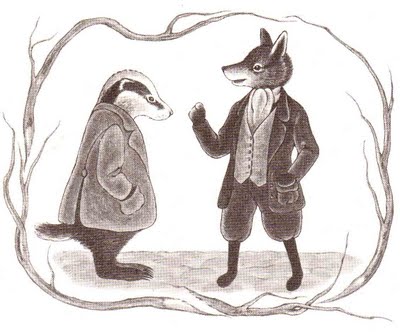 NOTE TO THE READER: Herewith an extract from the memory tables of Cocky the Fox, erstwhile and eventual Prince of the Borough, presented as an addition to the canon in full cognizance of the likelihood that events recounted here may appear pseudepigraphical, apocryphal, or paradoxical with respect to the golden thread of The Ballad of Cocky the Fox as such. Such are the wiles of the vulpine Mnemosyne — may they yield hours of joyous toil for generations of cockologists, cockographers, and cocktometrists to come. — Eds.

I was supposed to give a warning.

Not a warning-with-menaces — he would have used Rumpy the badger for that, or Robo — just a verbal, the party in question being a Ramble-On by the name of Gumma. Gumma was a country fox, a rough bugger who’d come tumbling into the Borough in late September with his large extended family: vixen, cubs, siblings, in-laws, plus camp followers and hangers-on. Quite a mob, and no sooner had they established themselves (in a derelict house round the back of the graveyard) than Gumma was digging into the rackets. He offered protection, he took food taxes, he had his rowdies muscling the local beasts, etc., all in the minor modes and none of it a threat to Bob economically — or politically, really, these rustics lacking any ambition beyond their little patch — but he felt himself flouted, or the field of his authority perturbed, and so dispatched me one night to Gumma’s house. 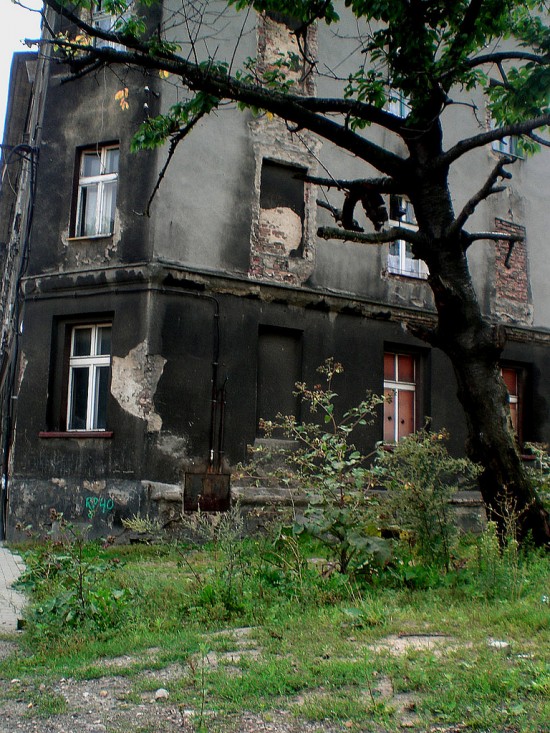 Autumn around the Borough: great drabness with a kernel of fire. In and out, Bob had said. In and out. To which the growling Rumpy had added No pissing about. But something told me as I trotted through the leaf-crackling graveyard that this would be no in-and-outer. Oh no no no. In the keenness of the night air I sensed imminent pissing about. Fox-talk, low and clannish, came from the brick building ahead of me. Unnatural odors circulated. Then the sound of glass breaking, and a bark of crude laughter. A burly thick-coated fox came crashing out of a chew-hole at the foot of the boarded-up door, and shouted back into the house I FUCKING WILL… YOU WATCH ME!… EH?! Then he chuckled. Were there actual fumes curling in his wake? Spotting me, he raised his eyebrows and swayed off crepe-ily through the leaf-heaps.

So I stuck my head through that hole, apprehending immediately that the scene thus revealed had been in progress for days, perhaps weeks: the fug, the vibe, the seven sets of fox-eyes appraising me from floor-level and cordially unconvinced of my reality. The Ramble-Ons were propped in corners, sprawled against walls, dogs and vixens, as if thrown there by some unstable gyre or centrifuge. I coughed, and Gumma, who was poking in a heap of bottles, looked up with no surprise at all. His eyes were wide apart and weirdly lit, but alert.
‘Message from Holiday Bob,’ I said. ‘He says to pack up your rackets, take it back to the country.’

Gumma’s gaze traveled slowly around his circle of revelers, arrived again at me. ‘Can’t go back to the country mate,’ he said. ‘They built a fucking house on top of our den didn’t they?’

He squinted at me. ‘Cocky, right? Isn’t it Cocky?

‘Come through, come through.’ He beckoned with a broad paw. ‘Come on now. Come through. Just had a delivery here. We’re getting stuck in.’

‘Er, I’m not supposed to fraternize.’

‘What’s that then, Borough for “enjoy yourself”? Hargh hargh. Eh lads?’ (Rumbles of mirth from various quarters.) ‘Hargh hargh. Fraternize?’ He wagged one of the bottles at me. ‘This is Calvin Klein mate. ETERNITY. Here y’are, get your jawbox around that.’

At the first glug I retched and gasped. Blak! Zurgh! Clang! My eyes crossed, and the red clapper of my epiglottis swung violently in its belfry. Then — some kind of blossoming behind the ribs. Such a friendly feeling! What was it? Absolution of fox-fear, a reprieve from all lurkings? Right then I believed it completely. And as I drank again I seemed to meet my destiny as a geezer, a roisterer, a laugh… Blak! Zurgh! One more glug and I was a veteran.

And so, wet-eyed and brimming with fellowship, Cocky made that scene. Lots of hargh-harghing, chest-buffeting, face-bumping. Great stories, country stories, mad tales of beagle-baiting and chicken-lifting. The high habits of the Borough were alluded to, its preciosities, and there was an amount of good-natured ribbing. The rough-voiced vixen was candidly sexual in her remarks, to the merriment of the company. Mix it with her Cocky! Make some little Bramble-Ons! And then it was you-know-what-I-should-be-getting-back time.

‘All right mate on you go,’ said Gumma. ‘And you tell your boss,’ — confidingly — ‘you tell your old gaffer not to worry. Plenty for everyone in this Borough. This is a top patch here. Bob’s a sport, right?’

‘Oh,’ I assented eagerly, ‘he definitely is. Haha. Sometimes, you know, he —’

‘He’s a sport. You’re a sport. We’re all sports. Plenty for everyone! Now on you go.’

‘Cheers Cocky!’ they all shouted.

Having taken what I thought would be an emergency nap under a mulberry bush on the way home, I came round nine hours later with Bob and Jim-Jim standing over me, horribly defined against the colorless sky.

‘Delivered that message did you Cocky?’ said Holiday Bob.

We were all in the Yard, idling heavily, and Bob hadn’t spoken for about ten minutes.

‘Mm? Oh, I was just thinking aloud really.’ He was presenting us with his profile, his face yearning philosophically upward. ‘Yes, about Gumma. I mean there was a fox for you, ah? Industry, initiative… Likeability, too, I was told. Wasn’t he likeable, Jim-Jim?’

‘And he was a family man. I could have used a fox like that. Great shame, great shame.’ He shook his head, passed a paw over his face, appeared momentarily to be beyond all consolation. Then he said: ‘Oh well! Dinner time, yes? What’s on the menu?’ And went brightly to busy himself among the night’s deliveries.

Rumpy was already up and waddling for the exit. He exchanged glances with Billy, who slipped off the bonnet of the old Volvo with a doubled thump, a foxy grace note, and padded to his side.

‘Not Billy,’ said Bob over his shoulder. ‘Take Cocky.’

Rumpy reverberated. ‘Come on then. Twat.’

‘What’d you call me a twat for?’ I said when we were on our way.

‘Because you are a twat.’

Rumpy was wiping his muzzle in the grass.

And then he roared: ‘TWAT!’