It had to happen eventually.

In September 2009, I noticed that a modern smartphone or PDA of some sort had somehow ended up in a photo on the cover of the 1960 French edition of Chester Himes’ Imbroglio negro (All Shot Up). After that, without even looking for them, I noticed smartphones/PDAs in two pre-1950s films — Otto Preminger’s Laura (1944) and Frank Capra’s Platinum Blonde (1931).

My discovery of these time-traveling devices has obviously inspired San Francisco-based artist Alex Varanese, who recently unveiled “ALT/1977: WE ARE NOT TIME TRAVELERS,” a series of images in which he imagines how an mp3 player, a laptop, a mobile phone, and a handheld video game system would have been designed — and advertised — if they’d been invented in 1977.

It’s a fun conceit, and it’s brilliantly executed. I particularly enjoy the sly shout-out to yours truly in Varanese’s rendering of the MobileVoxx… 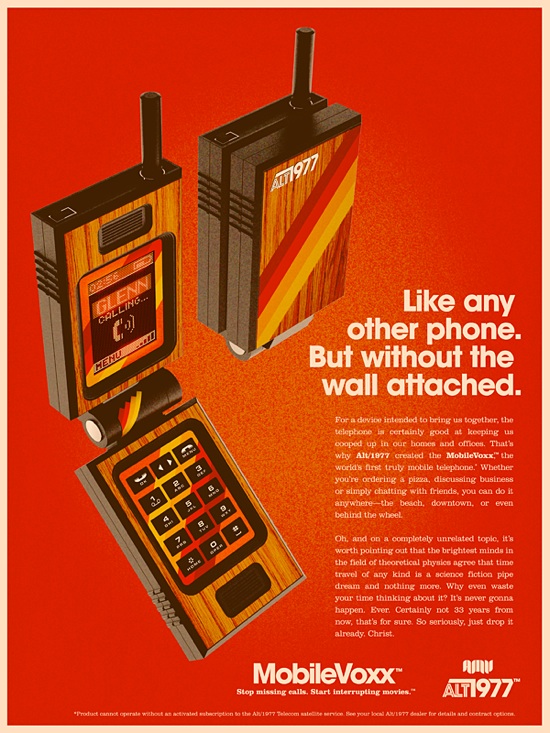 Fourth in a series.