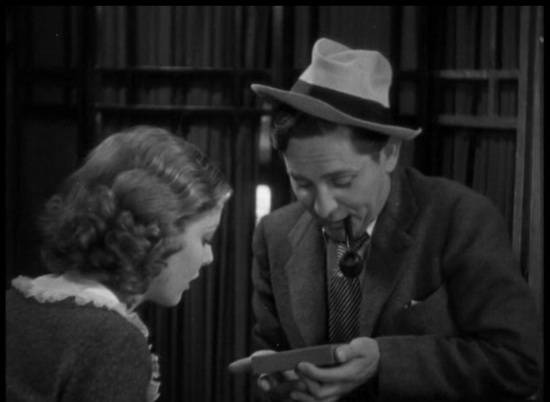 Reporter Robert Williams (Stew Smith) fiddles with his PDA while pitching woo at Gallagher (Loretta Young) in a secluded corner of the newsroom. From Frank Capra’s Platinum Blonde (1931). 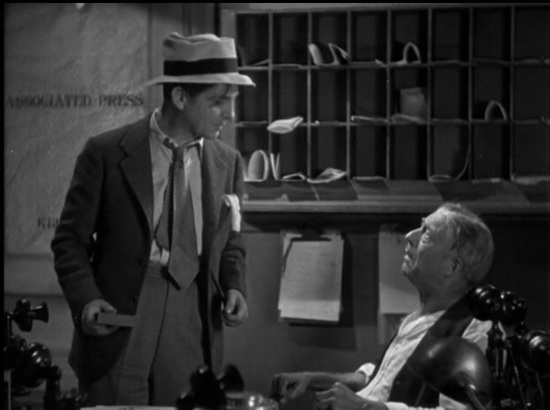 Called on the carpet by his editor, Conroy (Edmund Breese), Stew complains that he was playing with an app: “It took me three hours to get those little gadgets in the holes, and you screw it up in a minute.” So which app was it? See for yourself: 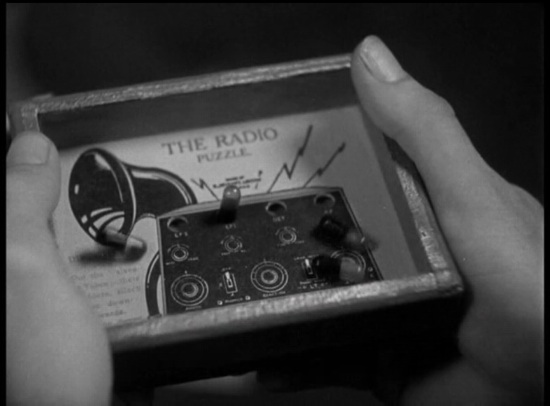 Third in an irregular series of posts tracking down iPhones, Palm Pilots, and other personal digital assistants transported into the pre-PDA past.