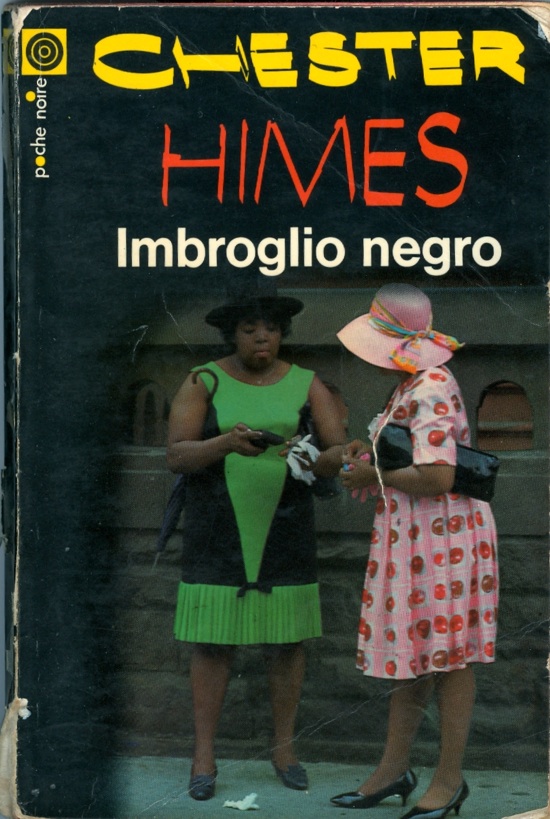 Yesterday, my friends at Pazzo Books sold me the 1960 French edition (“traduit de l’Américain” — that’s hilarious) of Chester Himes‘ Imbroglio negro (published in America, that same year, as All Shot Up), shown above. It’s a noir novel featuring Himes’ black Harlem cop characters Ed Cercueil (Coffin Ed Johnson) and Fossoyeur (Grave Digger Jones). I already knew that French culture was more advanced than ours, in those days. That’s why Himes chose to live and work in France; and it’s why the French embraced Poe, Dick, and Lewis. But who knew that French technology was so much more advanced than ours? 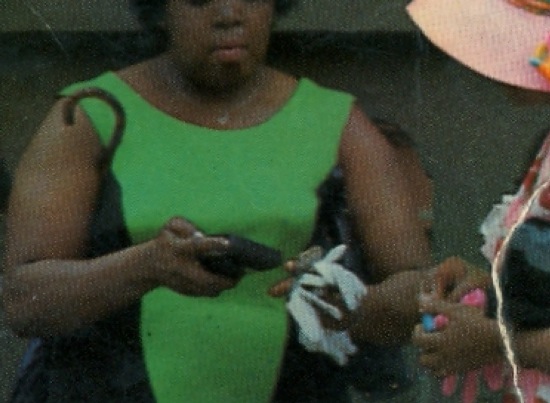 Yes, that’s right. Your eyes aren’t deceiving you. The Harlem matron in green pictured on the cover of Imbroglio negro is scrolling through emails — or perhaps texting — on what can only be an Internet-connected, multimedia smartphone. Just look at her hand position — she’s in danger of developing BlackBerry Thumb! We know there weren’t smartphones in the US, back in 1960 — so this photo must have been shot in Paris, using American-style models and fashions. 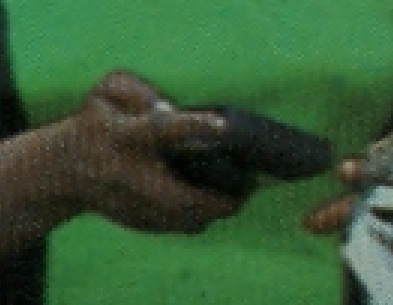 It makes sense that the French beat us to the punch, now that I think about it calmly. Until the 20th century, the French popular imagination was passionately engaged with the future, and future technology; but when Frenchmen like Tocqueville visited America, it was for the purposes of rustification — i.e., in a premodern, agrarian theme park. Rousseau ‘s notion of the Noble Savage? He was talking about Americans.

Cyrano de Bergerac’s The Other World: Comical History of the States and Empires of the Moon described interstellar travel and aliens way back in 1657. Bernard Le Bovier de Fontenelle’s Entretien sur la Pluralité des Mondes appeared in 1686; Americans, around that same time, were reading Cotton Mather’s Memorable Providences, Relating to Witchcratfs and Possessions. (I’m not being entirely fair: Mather also wrote a SF-like treatise arguing that since God would probably not have wanted to waste any space, the Earth was most likely hollow.) 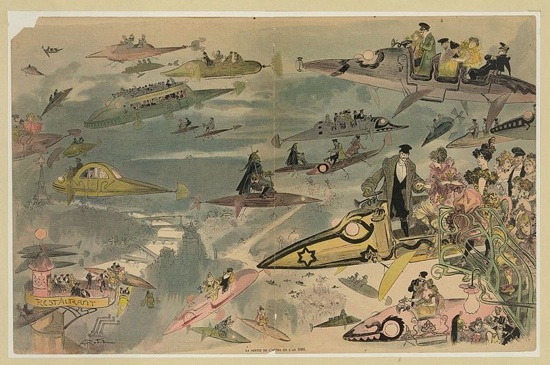 Perhaps the French liked Poe because it was only with Poe’s “Hans Phaall — A Tale,” a moon voyage penned with maximum verisimilitude, that American SF began to catch up to theirs. Now that we have the iPhone, perhaps the French will finally show us a little respect? Je l’espère.