Winds of Magic (6): Anarchy in the UK 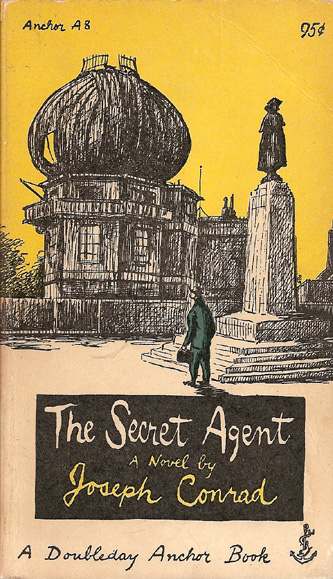 Fiction being (if you’re doing it right) a slower and more ponderous process than journalism, it’s generally the novelists who arrive last at an epochal scene. In Britain, the publication this year of Ian McEwan’s Saturday and Chris Cleave’s Incendiary [neither of which I had read, interestingly enough, when I wrote this piece. Still haven’t, actually. Author’s Note.] marks the beginning of an imaginative response to 9/11. McEwan’s book begins with a flaming airplane over Heathrow (a false alarm, as it turns out) and proceeds to weave its narrative in and out of the enormous anti-war demonstration that took place in London on Saturday 15 February, 2003.

The first line of Cleave’s Incendiary is “Dear Osama”: it is written in the form of a letter to bin Laden by a woman whose son and husband have just perished in a terrorist attack on London. Incendiary was published in July, during a week in which 52 Londoners were murdered and 700 injured in a coordinated terrorist bombing. Two weeks later London was paralysed again: four bombs, unexploded this time — three on the Underground, one on a bus. 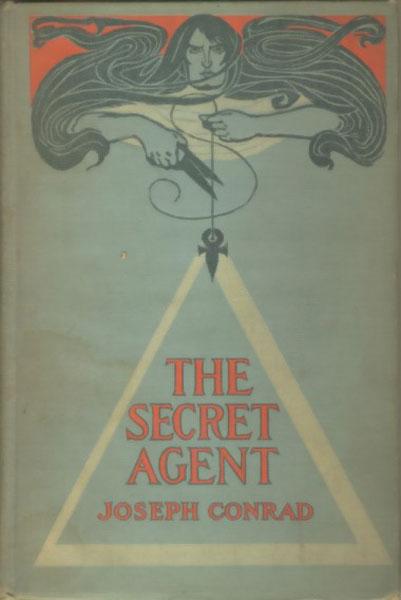 A century ago, Britain’s novelists were in a similar place. Joseph Conrad’s The Secret Agent and GK Chesterton’s The Man Who Was Thursday (published within six months of one another) both concerned themselves with London and with terror. The champion bombthrowers of Conrad’s and Chesterton’s time, unlike our own divine warriors, made no claims to godliness; on the contrary, they were militant atheists. They were, to be precise, anarchists, and in the last decade of the nineteenth century they managed to assassinate the heads of state of France, Spain, Austria, Italy and the US. Anarchist bombs had also gone off in the London Underground, the Paris stock exchange and a Madrid theatre.

By 1908, when The Man Who Was Thursday was published, the worst of what the London Times called “the anarchist epidemic” was over; the movement was riddled with police infiltrators, and subsequent to the Aliens Act of 1905 Great Britain — regarded internationally as an asylum for anarchists — had begun to deport agitators and undesirables. In the popular imagination, however, the caped and stalking anarchist, cradling bombs that (as Chesterton wrote) “looked like the bulbs of iron plants, or the eggs of iron birds,” remained vivid.

The theme of The Secret Agent — a botched bombing and its consequences — had been suggested to Conrad by events in 1894, when an anarchist named Martial Bourdin accidentally blew himself up in an attempt to dynamite London’s Greenwich Observatory. Terror is rarely efficient: the bungling jihadis of the 21st July, 2005, whose casualty-free attacks on the London transport system reprised as farce the lethal events of two weeks before, would have been familiar figures to Conrad. As Ramzi Mohamed, Hussain Osman et al fled into history with their misfired devices fuming idly behind them, the words of The Secret Agent’s Professor hung mockingly in the air: “You can’t expect a detonator to be absolutely foolproof.” 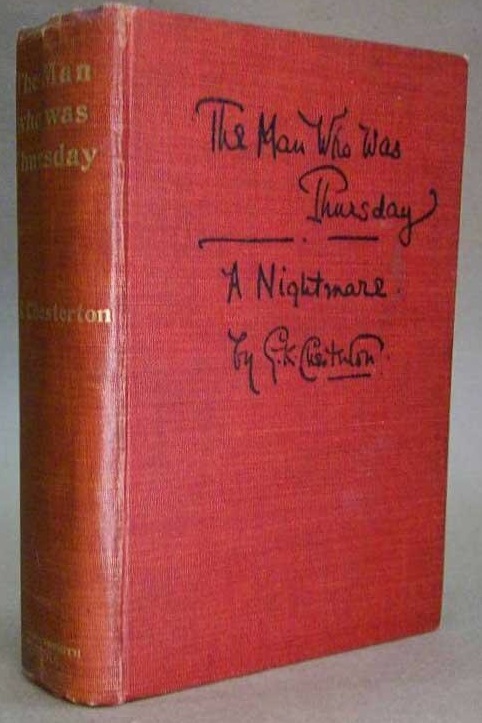 The Chestertonian terrorist is another thing again: he is a figure in a cosmic comedy. Chesterton, a prolific journalist, poet and critic, was never afraid to take a serious subject unseriously — it was part of his metaphysic, as it were. “There seems to be some sort of idea,’ he wrote in 1908, “that you are not treating a subject properly if you eulogise it with fantastic terms are defend it by grotesque examples. Yet a truth is equally solemn whatever figure or example its exponent adopts. It is an equally awful truth that four and four make eight, whether you reckon the thing out in eight onions or eight angels…”

The grotesquerie at the heart of The Man Who Was Thursday, the animating gag, is that the London-based deadly-secret conclave of European Dynamiters is in fact made up entirely of police double agents, none of whom is aware of the others. The enigmatic and monumentally huge Sunday (each member of the conclave is named for a day of the week) has a deeper kind of doubleness. Simultaneously, he is the president of the Central Anarchist Council and he is an important policeman — perhaps the most important policeman of all.

The Man Who Was Thursday is uncategorizable: a wild hash of allegory, theology, social philosophy and cultural criticism, all delivered with the skill of a vintage epigrammist. (“Thieves respect property,” declares one character. “They merely wish the property to become their property that they may more perfectly respect it.”) But we should pause before declaring it unreal. A London which permitted the extremist cleric Abu Hamza al-Masri (currently on trial for terrorism) to stand in the street and preach holy war might be interested in the conduct of Chesterton’s anarchist Central Council, which conceals itself by having breakfast on a sunlit balcony in Leicester Square. “You want a safe disguise, do you?” Sunday asks a prospective terrorist. “You want a dress which will guarantee you harmless; a dress in which no one would ever look for a bomb?… Why then, dress up as an anarchist, you fool!” If anything, Chesterton might have felt that Hamza — who lost a hand and was partially blinded on mujahideen manoeuvres in Afghanistan — was too theatrical in his disguises: the combination of the hook and the one milky eye creates an effect almost vulgarly villainous. (In the world of The Man Who Was Thursday Hamza would of course be working for Scotland Yard.)

Much was made, in the wake of the London bombings, of the spirit and spunk of Londoners, their business-as-usual stalwartness, their deadpan defiance and will to “carry on”. London, says the narrator of Incendiary, has had “more comebacks than The Evil Dead”; faced with disaster, its people “take a deep breath and put the kettle on.” The true Chestertonian note, however, was struck quietly and impeccably in a letter to the Times, published shortly after the attacks. “Yesterday,” wrote a citizen called Bryan Thwaite, “I boarded a No. 38 bus, not as ‘a small act of courage and defiance’ but because I wanted to go from Piccadilly Circus to Tottenham Court Road.”

Originally published by The Boston Globe’s Ideas section on Sept. 11, 2005. From 2003-08, our friend and colleague James Parker, currently a contributing editor at The Atlantic, was a culture critic for the Boston Globe’s Ideas section and for Boston’s alt-weekly, The Phoenix. HiLobrow.com has curated a collection of Parker’s writings from this period. This installment is the sixth in a series of ten.