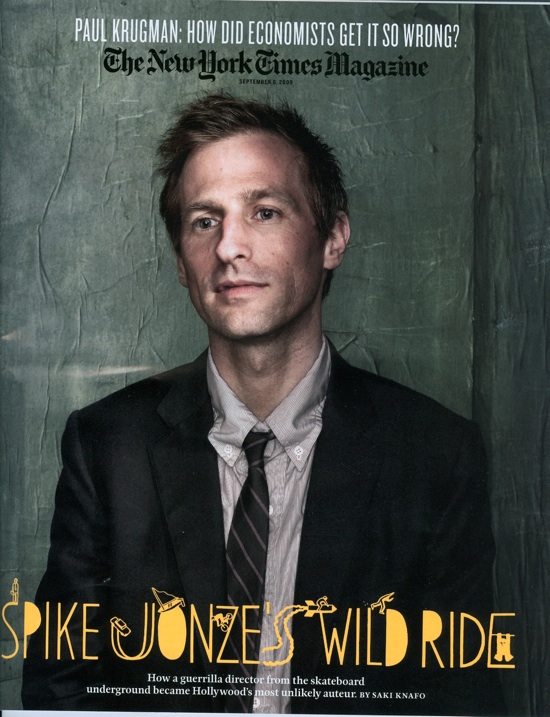 The New York Times Magazine recently published a cover story about Spike Jonze, whose cultural productions — for two decades, at this point — have hovered uncannily around the edges of the four heimlich dispositions: Highbrow, Lowbrow, Anti-Lowbrow, Anti-Highbrow.

So is Jonze nobrow? Or is he hilobrow? It’s tough to say. (Same thing goes for his muses, the Beastie Boys.) Middlebrow is ever on the alert for such unheimlich figures. Middlebrow is desperate to suborn Jonze, just as it has already suborned the other so-called American Eccentrics: Coppola, Wes Anderson, David O. Russell, and Alexander Payne. (Paul Thomas Anderson, we think, is still at large.) Now that he’s teamed up with newfangled high-middlebrow David Eggers on an adaptation of Maurice Sendak’s hilo classic, Where the Wild Things Are, Middlebrow is springing its trap. Keep an eye on Where the Wild Things Are coverage in the middlebrow media in the coming months… it will be educational. Will Jonze — who has escaped Middlebrow’s clutches once before, when he and Sofia Coppola split up in 2003 — remain at large?

As shown above, in small print, the NYT Magazine is doing its part on behalf of Middlebrow. In fact, it has unleashed one of the twelve High-Middlebrow Words of Power, and in so doing cast a spell to ensnare Jonze once and for all. Wait. You’re unfamiliar with “Words of Power,” you say? OK, let me explain.

The twelve Low-Middlebrow Words of Power are well-known. Rumor has it that in the 1970s, researchers in Duke University’s Psychology Department ran a number of experiments in neuro-linguistic programming, and concluded that the following words can beguile, hypnotize, persuade, and command low middlebrows: “You,” “Money,” “Save,” “New,” “Easy,” “Love,” “Discovery,” “Results,” “Health,” “Proven,” “Guarantee,” and “Free.” Low-middlebrow magazines have since evolved these terms: “Wellness,” say, instead of “Health.” “Guilt-Free” instead of “Easy.” You get the idea. But the underlying low-middlebrow disposition remains the same: a semi-hopeful, semi-fatalistic admixture of low-demand spirituality and magical science.

The High-Middlebrow Words of Power, however, have never been analyzed! But HiLobrow.com is on the job. We’ve spotted one of them, tagged and bagged it. Let’s take a closer look:

Did you spot it? That’s right — the word is unlikely.

As opposed to Low Middlebrow, High Middlebrow doesn’t traffic in luck or fate, or magic dressed up like science; instead, High Middlebrow is realistic-ist. High Middlebrow prides itself on its savviness; though High Middlebrow isn’t cynical, exactly. High Middlebrow loves the line attributed to Churchill about how democracy is the worst form of government except all the others that have been tried — it’s a semi-cynical, semi-idealistic disposition. The high middlebrow brags that he’s an idealist mugged by reality.

The word unlikely is an incantatory one for High Middlebrow because it’s gemütlich — it expresses a cozy, complacent, altogether unshocking mode of being-surprised. Jonze has surprised and shocked, delighted and amazed for long enough, it seems. Middlebrow is casting its spell on him. Will it work? Will he continue to do the unexpected and amazing?

Or will Jonze begin, under Middlebrow’s spell, merely to do the unlikely?

BONUS: Check out the headline from the back-page essay in the same issue of the NYT Magazine: 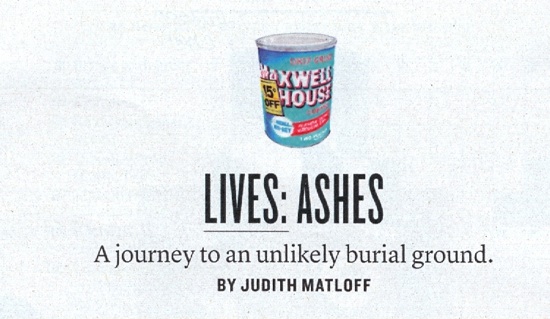 Third in an occasional series.