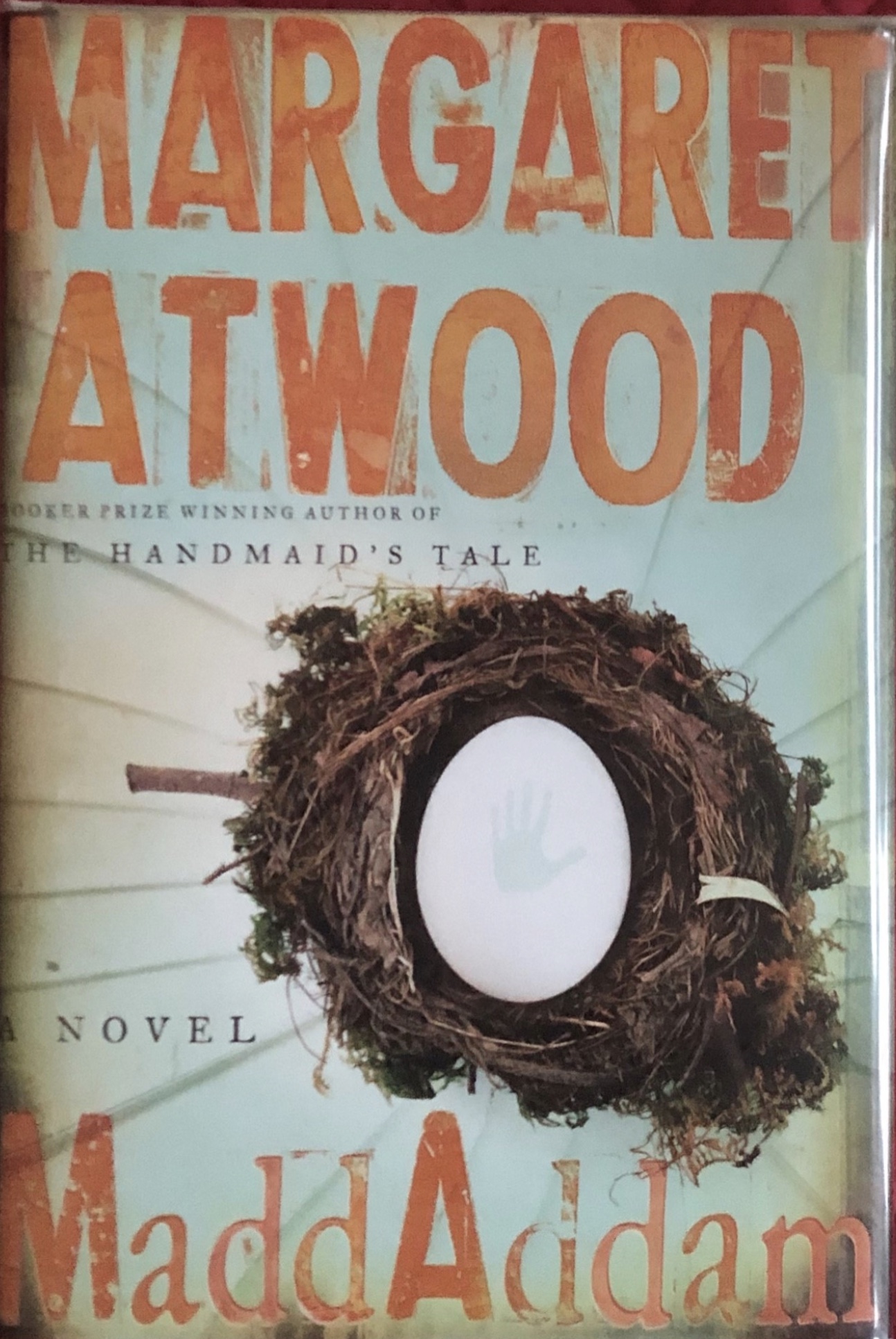 MaddAddam concludes the postapocalyptic trilogy that began with Oryx and Crake (2003) and continued with The Year of the Flood (2009), which ran along a parallel timeline. This story, also set in a future world of unfettered and completely deregulated capitalism, science and corporatism, and written from the perspective of Zeb and Toby (onetime members of a religious sect called God’s Gardeners), whom we met in the trilogy’s second installment, continues the plot of both books. Here we learn more about Crake, who single-handedly created this dystopian future: his connection with God’s Gardeners, the conception of the MaddAddam group, and the homegrown mythology underpinning the artificially created humanoid Crakers’ society. Brainy, omnivorous, and enormous “pigoons” threaten to attack; so do vengeful Painballers — hardened, criminal veterans of a Rollerball-esque gladiator game from whom Zeb and Toby have rescued another survivor, Amanda. It’s a tragic, grim tale — yet at the same time, both hopeful (Atwood has ideas on what qualities will be required in order for humankind — though not necessarily humans as we’ve known them — to survive an eco-catastrophe) and quite funny. Some of the best foul-mouthed language in sf — or in all of literature.