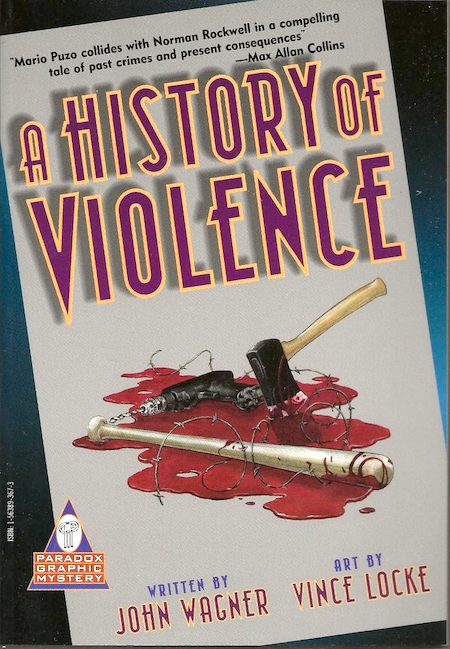 When two thugs attempt to rob his cafe — in a small Michigan town — Tom McKenna stops them with surprising facility. The story goes national, and soon three New York mafiosi show up. One of them, John Torrino, an aging hitman, insists that McKenna is a former mobster names Joey — who’d taken it on the lam 20 years earlier. Tom’s wife, Edie, and the local sheriff attempt to drive the men off — but when they take Buzz, Tom and Edie’s son, hostage, the truth is revealed. Mild-mannered Tom has a history of violence! In fact, in order to acquire the money that his grandmother needed for heart surgery, he and a friend had killed a New York crime boss, along with several associates, and stolen a large sum of money. He’s lived under an assumed identity ever since. Even once Tom and Edie rescue Buzz, the story isn’t over. It seems that Tom’s old friend has been a prisoner of the dead mobster’s sadistic son, for all these years. Can he rescue him? And if he returns to a life of violence, will he lose his family? Vince Locke, whose ultra-violent watercolors have been used as album covers by a death metal band, provides cinematic, gruesome, yet sketchy and cross-hatched — storyboard-like — artwork.

Fun facts: Originally published in 1997 by Paradox Press and later by Vertigo Comics, both imprints of DC Comics. Wagner, though born in the US, grew up in England. In 1977, with artist Carlos Ezquerra, he developed the character Judge Dredd for 2000 AD. (Warren Ellis, Alan Moore, and others were inspired by Wagner’s work.) David Cronenberg’s excellent adaptation of A History of Violence, starring Viggo Mortensen, Maria Bello, Ed Harris, and William Hurt, appeared in 2005.