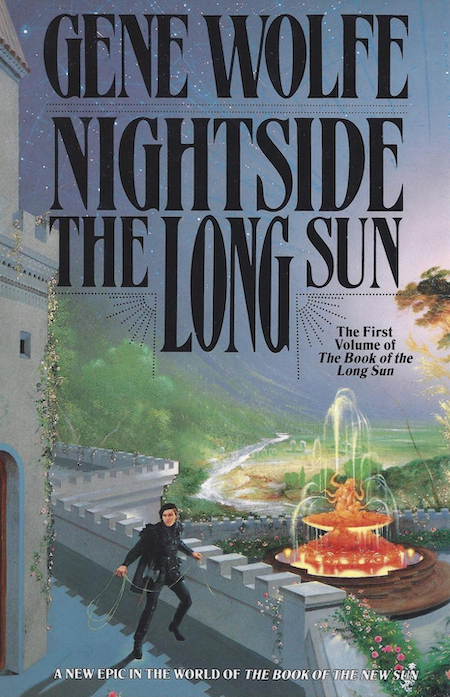 A sequel of sorts to the author’s better-known, award-winning Book of the New Sun tetralogy (1980–1983), this four-volume epic is a rich, complex religious allegory. Nightside the Long Sun (1993), Lake of the Long Sun (1994), Caldé of the Long Sun (1994), and Exodus from the Long Sun (1996) recount the struggles of Patera Silk, a Moses- and Christ-like parish augur, to lead his people out of a false world and into a real one. The first volume sees Silk attempting to protect his impoverished manteion by breaking into the mansion of the crime lord Blood, who has purchased the manteion; it’s a Father Brown-esque crime adventure of sorts, set within a world whose lineaments are at first confusing. The second volume is an espionage adventure, of sorts… in which Silk explores his labyrinthine world (“Whorl”) and begins to learn its shocking secrets. An armed rebellion consumes the third volume, a war story; will Silk become the titular caldé — his city-state’s leader? The final volume, a utopian narrative, explores a matriarchal society that seems to offer a peaceful alternative to Silk’s own patriarchal oligarchy. In the end, however, the Whorl cannot be redeemed; it’s a prison… Silk must help his followers find their way out of it. Perhaps not as gripping as the Book of the New Sun, but what an achievement!

Fun facts: Writing about the Book of the New Sun series, Thomas M. Disch asked us to “imagine a Star Wars–style space opera penned by G.K. Chesterton in the throes of a religious conversion.”