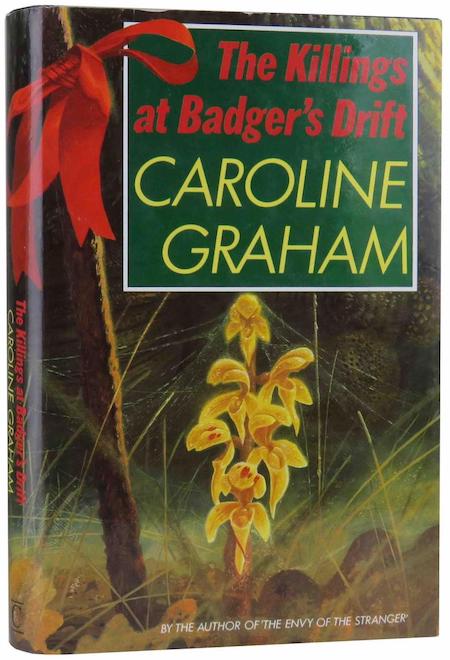 Did Emily Simpson, elderly resident of the idyllic, postcard-perfect English village Badger’s Drift, die of a heart attack? Miss Bellringer, her eccentric spinster friend, believes Emily was murdered; and an autopsy indicates that hemlock was introduced into her glass of wine. Soon enough, Mrs. Rainbird, mother of the village undertaker, is also murdered. Aided by the boorish, small-minded Sgt. Troy, Detective Chief Inspector Tom Barnaby investigates the killings at Badger’s Drift. Whodunit: The vicar, the gamekeeper, the creepy undertaker, the doctor’s wife, the smart-alec artist? Barnaby acrimony, scandal, and old resentments — perhaps related to a long-ago murder — in the village. The characters are nuanced, the prose is witty. Like some of my favorite English novelists, Graham writes beautifully about the landscape… which makes the grisly murders all the more jarring. There is also a great deal of horticultural detail to be found, for better or worse. A Golden Age-style murder mystery set very much in the modern world; Barnaby’s first outing is a promising start. One of these days, I’ll read some of the others.