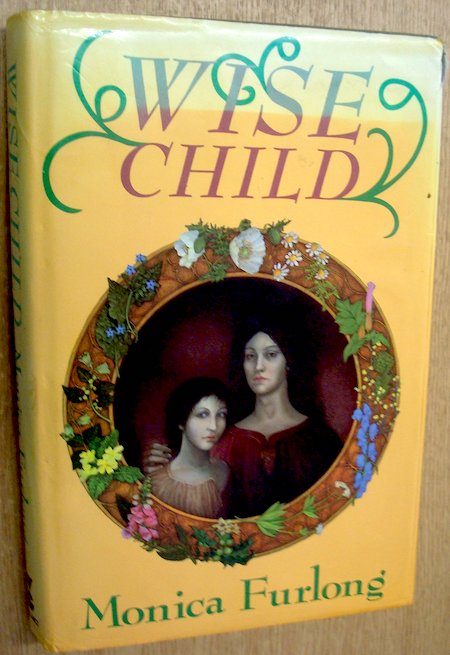 In a remote Scottish village, a nine-year-old girl known as Wise Child — a snarky nickname — is taken in by Juniper, a healer and doran (Celtic sorceress) reputed to be in league with the devil, when her grandmother dies. Spoiled and lazy, proud and impetuous, Wise Child reluctantly learns to read, write, and pay close attention to — and behave in harmony with — the patterns of nature; it’s a female, rural version of Captains Courageous. Juniper, who refuses to attend Mass, also educates her protégée about Scotland’s old, pre-Christian religion. For the first half of the book, we’re not certain if there’s any magic in it, at all. However, when Maeve’s mother, who turns out to be a wicked witch, reappears, Wise Child discovers the extent of her own supernatural powers. Meanwhile, the local priest decides it’s time to get rid of Juniper; and the suspicious, fearful villagers don’t disagree. Will Wise Child listen to her mother, the priest and villagers, to Juniper — or to her own, inner voice, which she’s learning to trust? Some readers complain that Juniper is too good — kind, patient, wise, loving — to be true. Others love the domestic details about, say, the routine of growing, cutting, drying, and straining herbs; Juniper’s most crucial lesson has to do with finding meaning in your labor. What decision will Wise Child make?