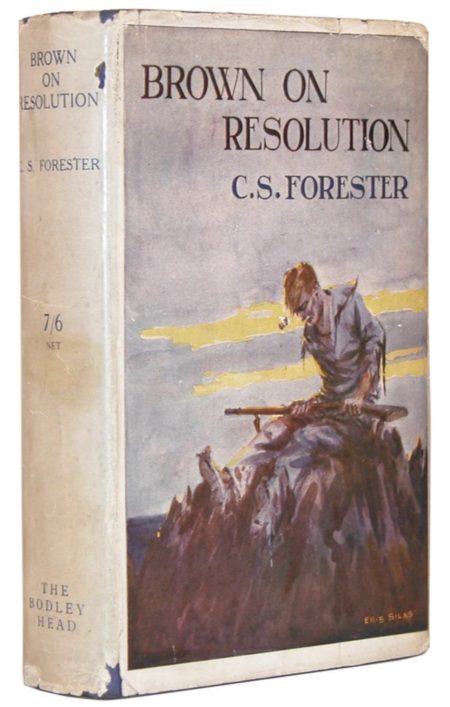 When WWI was declared, Germany’s larger vessels in the Far East headed for Europe, while several light cruisers were detached to serve as commerce raiders. In the second half of Brown on Resolution, a resourceful British seaman, the titular Brown, is rescued by the German cruiser Ziethen in the central Pacific after his cruiser, the HMS Charybdis, is sunk. Damaged in the battle, the Ziethen pulls into an isolated anchorage — Resolution, in the Galápagos Islands — to make repairs; fans of Forester’s popular Hornblower novels will recognize this sort of setting. The resourceful (and resolute) Brown escapes, steals a rifle and ammunition, finds a secure vantage point on Resolution, which is an impenetrable tangle of scrub and thorn bushes — and begins picking off the German crew. The first half of the novel provides us with Brown’s back story. As with Allnutt, the protagonist of Forester’s The African Queen (1935), Brown is an ordinary Englishman — this is Forester’s propaganda-ish message. In fact, Brown is the illegitimate son of the British naval officer whose mission it is to sink Ziethen — although they do not know of each other.

Fun facts: John Mills played the title role in the 1935 movie adaptation of Brown on Resolution; the 1953 version, which starred Jeffrey Hunter as a Canadian sailor, was titled Single-handed (in the US, Sailor of the King), and was set during WWII. 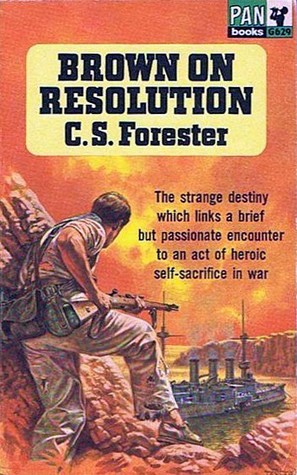