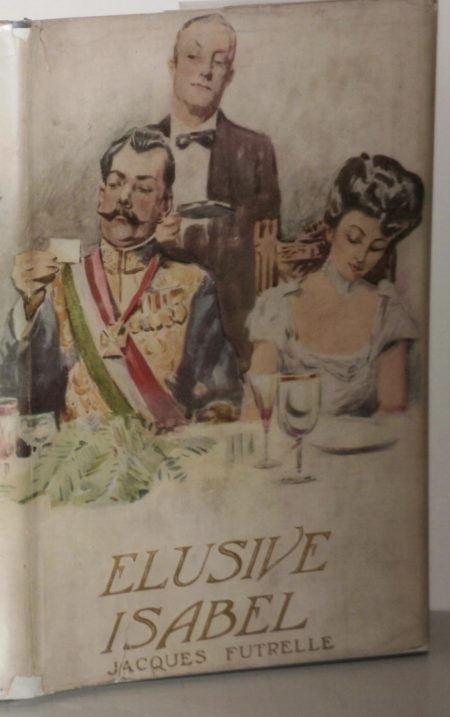 Jacques Futrelle’s espionage adventure Elusive Isabel (aka The Lady In the Case).

“Isabel Thorne” is the alias of a quick-thinking, resourceful, and beautiful young woman of English and Italian ancestry who arrives in Washington, D.C., with the goal of organizing a military alliance of the “Latin” nations — Italy, Spain, France, and South American countries — against America and Great Britain. Isabel is a spy in the employ of the Italian government, and very good at her job… until she falls in love with young Mr. Grimm of the US secret service, who has been charged with preventing the “Latin compact” from being signed. Her brother, meanwhile, is an inventor whose secret weapon makes it possible to fire missiles from submarines (!), a technology that will surely prove lethal to the Anglo-Saxon world order, if only Isabel can succeed in her mission. When Grimm is captured by the conspirators, will Isabel let him die? This is a minor novel, to be sure, but our protagonists are engaging characters — and their battle of wits is an entertaining one.

Fun facts: Jacques Futrelle was an American journalist and writer, best known for his detective stories featuring Professor Augustus S.F.X. Van Dusen, “The Thinking Machine.” He died in the sinking of the Titanic.