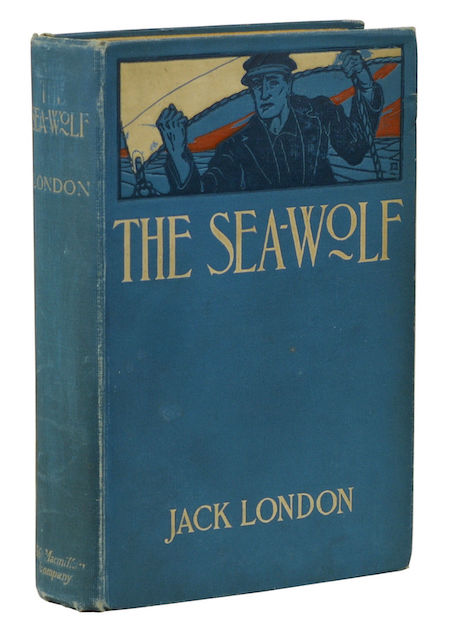 In this grown-up version of Kipling’s Captains Courageous, an effete young intellectual — Humphrey van Weyden, whose favorite philosophers are Nietzsche and Schopenhauer — is rescued from a shipwreck in the San Francisco Bay by a brutal schooner captain, Wolf Larsen, who takes his unwilling passenger along on a seal-hunting voyage. Larsen is a quasi-Nietzschean cynic who believes in nothing but the pursuit of pleasure and the triumph of strength over weakness; he thoroughly enjoys browbeating “Hump” while forcing him to do menial work and learn how to defend himself. There are a few thrills: a mutiny attempt, during which Larsen singlehandedly fights half a dozen mutineers; a survival ordeal on an uninhabited island; a violent storm. And there is an unsatisfactory, distracting romance plot — which begins when Larsen also rescues a beautiful woman. But primarily, this is a novel of ideas in which London stress-tests such un-Nietzschean notions as the eternal soul and inherent good.

Fun facts: Ambrose Bierce wrote, “The great thing [about The Sea-Wolf] is that tremendous creation, Wolf Larsen… the hewing out and setting up of such a figure is enough for a man to do in one lifetime.” Rugged actors who have portrayed Larsen in film adaptations include: Noah Beery (1920), Edward G. Robinson (1941), Barry Sullivan (1958), Chuck Connors (1975), Charles Bronson (1993), Stacy Keach (1997), and Sebastian Koch (2009).