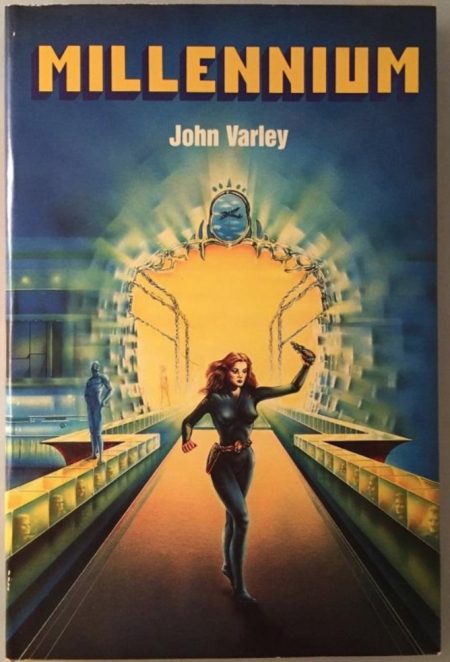 Louise Baltimore, a disfigured, one-legged para-leper (!), is in charge of a “snatch team” that travels back in time from the distant future — the so-called “Last Age” — to various points in the past, and abducts people shortly before they were going to die or vanish anyway. Why? We’re not sure, at first. On one such raid, Baltimore’s team pops up in 1983, on-board an airplane in flight over Oakland, Calif., and hustles unsuspecting passengers into a time-gate shortly before the airplane is due to crash. However, when they are forced to kill a would-be hijacker, they leave behind one of their high-tech weapons. Our other protagonist, Bill Smith, is a National Safety Board investigator who discovers the weapon — and in so doing, sets off a temporal paradox that could cause a breakdown in the fabric of time itself. The plot quickly becomes complex, as time goes out of joint and changes in 1983 reverberate into the future. On top of all this, there is also a romance aspect to the story.

Fun facts: Millennium was developed from Varley’s 1977 story “Air Raid,” which he later developed into a screenplay; he then developed the screenplay into the novel. The film version, directed by Michael Anderson (Logan’s Run) and starring Kris Kristofferson and Cheryl Ladd, appeared in 1989.