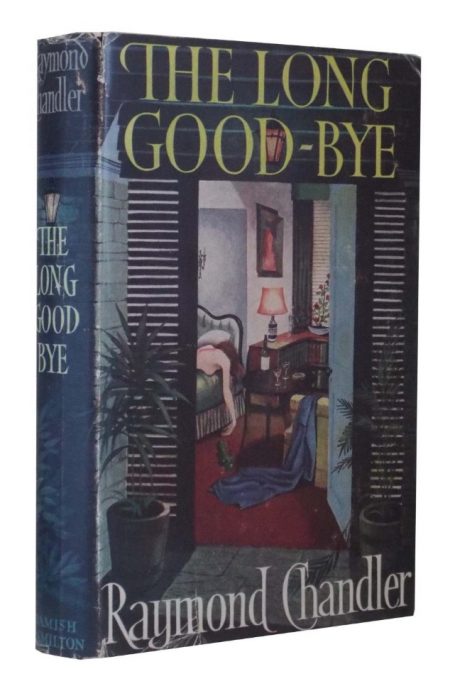 In private investigator Philip Marlowe’s sixth (and penultimate) outing, his drinking buddy Terry Lennox shows up late one night and asks him for a ride — from Los Angeles to an airport across the border in Tijuana, Mexico. He’s obviously on the lam. Lennox’s wife, Marlowe discovers when he returns home, was found dead in their guest house; and Lennox — according to the authorities in Otatoclán, a small Mexican resort town, a few days later — has committed suicide, leaving behind a full confession. In a seemingly unconnected case, a New York publisher then hires Marlowe to track down Roger Wade, a hard-drinking writer who has gone missing; Marlowe locates him at a makeshift detox facility. Weird stuff begins to happen: Wade’s British wife attempts to seduce Marlowe; when Marlowe pokes into the Lennox case, he is warned off by everyone from the police to Wade’s wife; Wade apparently commits suicide — but his wife accuses Marlowe of murder! Then Wade’s wife commits suicide, too. What’s going on?

Fun facts: Winner of the 1955 Edgar Award for Best Novel. Robert Altman adapted the novel as a movie in 1973; it’s a neo-noir masterpiece, starring Elliott Gould as Marlowe.