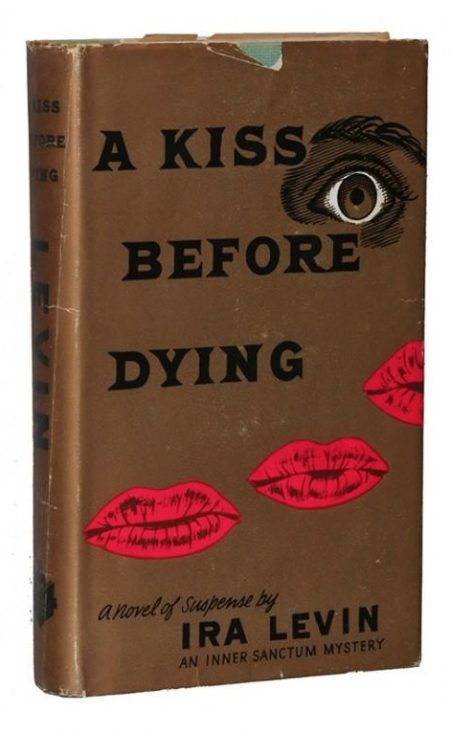 An unnamed young man who is attending college after serving in WWII, doesn’t see why someone as handsome, charming, and intelligent as he is should have to work hard in order to get rich. He sets his sights on Dorothy, a shy co-ed whose father is a stern, conservative millionaire. Everything is going swimmingly, until Dorothy accidentally becomes pregnant… which means that her father will surely disown her. Her sociopathic lover tricks her into writing a letter that sounds like a suicide note, then murders her; because he’d insisted that she keep their relationship a secret, her family doesn’t even know that Dorothy’s killer exists! Dorothy has two other sisters, though… will they figure out what happened? Or will they, too, in their turn, be seduced and victimized?

Fun facts: A Kiss Before Dying, published when the author was 24, won the 1954 Edgar Award, for Best First Novel. It has been adapted as a noir movie in 1956, by Gerd Oswald (with Robert Wagner, Joanne Woodward, and Virginia Leith); and as a neo-noir movie in 1991 by James Dearden (with Matt Dillon and Sean Young, playing two roles).