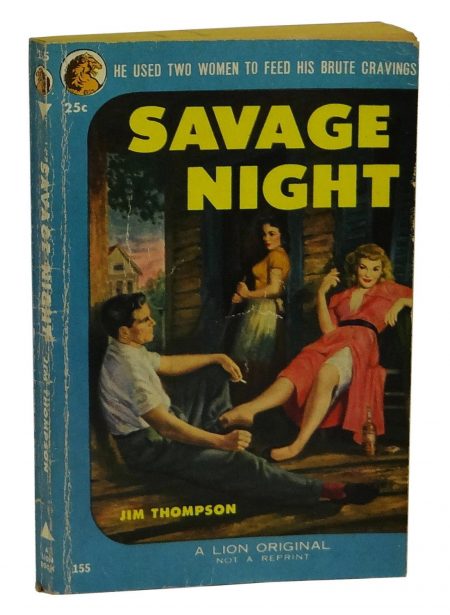 Until the feds coerced him into being a key witness in a major case against organized crime, Jake Winroy was living large — running a lucrative horse-betting ring, married to the beautiful Fay. Now he’s broke, drinking steadily, and alienated from his unpredictable wife… plus, there’s a mafia hitman somewhere out there who intends to prevent him from ever testifying. “Little” Bigger, the hitman in question, is five-feet-tall, tubercular, and wears platform shoes, glasses, false teeth, and a toupée as he masquerades as a college student… who rents a room in the Winroy’s home. Seems like an easy hit — until Little meets Fay, and the Winroy’s deformed but sensual housemaid, Ruth. With Fay’s help, Little plans to murder Winroy in a way that will look like an accident… but can he trust Fay? And is the disintegrating Little himself being watched by the mafia? Is this a grotesque, carnivaleseque descent into paranoia; hastily written pulp trash; an inspired, experimentalist work of genius? Yes.

Fun facts: Flannery O’Connor dedicated her 1955 collection of Southern Gothic stories, A Good Man Is Hard to Find, to Jim Thompson — and cited Savage Night as a particular source of inspiration. I’ve just made that up.