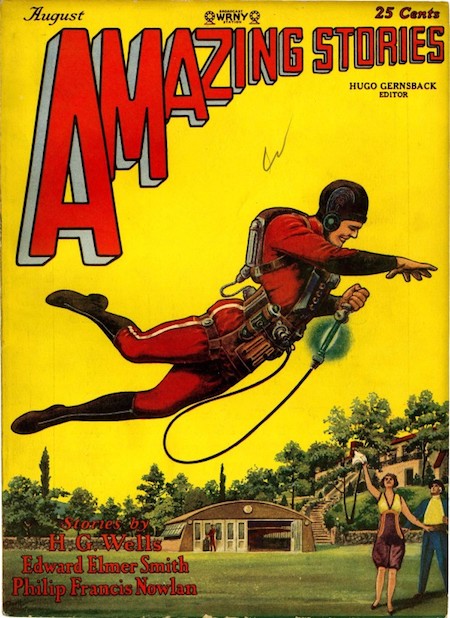 One of the first — and, according to some Doc Smith fans, the best — space operas ever written. When scientist Dick Seaton discovers a faster-than-light fuel that will power his interstellar spaceship, The Skylark (a forty-foot sphere), his fiancée and friends are kidnapped by Marc DuQuesne and the World Steel Corporation. Although quaint by modern standards, Smith’s vision of the future — and future technology, enabling a cosmic voyage — is visionary and creative. More importantly, Smith knows how to write a yarn that, although bloodthirsty and not particularly sophisticated, is a fun, fast-paced combination of spy thriller and western. In the end, Seaton navigates the Skylark through dangers, explores strange new solar systems, rescues his loved ones, and outmaneuvers and outguns his rival, the oddly compelling DuQuesne.

Fun fact: Reissued by Bison Frontiers of Imagination. Smith would go on to write several more Skylark stories, as well as the enduringly popular Lensman space-opera series. That’s Dick Seaton on the cover of Amazing (August 1928), above.