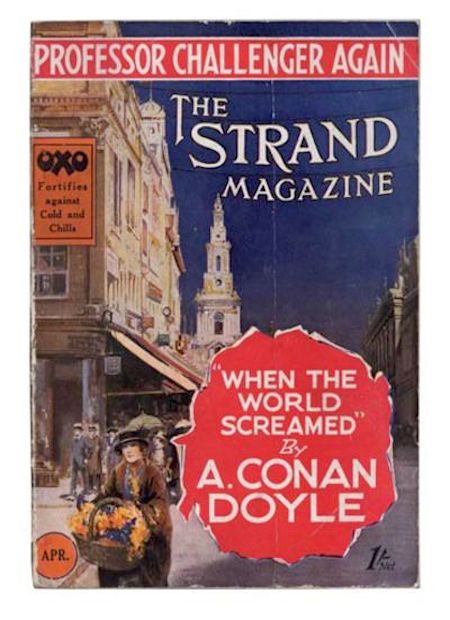 Narrated by a drilling engineer, the fifth and final Professor Challenger adventure takes us not outward (e.g., to a South American plateau crawling with dinosaurs), nor inward (e.g., to an airtight chamber, while the Earth passes through a poison belt), but instead downward. Challenger, here described as “a primitive cave-man in a lounge suit,” while also “the greatest brain in Europe,” proposes to drill his way from a tract of land in Sussex (England) eight miles beneath the planet’s epidermis. Why? In order to prove his hypothesis that the world is itself a living organism. In the end, Challenger becomes “the first man of all men whom Mother Earth had been compelled to recognize.” A novella, rather than a full-length novel, like all of the Challenger books the author’s goal — in addition to entertaining — is to demonstrate the superiority of abductive (logical yet intuitive) to inductive (purely scientific) reasoning.

Fun fact: Some historians of science note that Doyle here challenges both the disregard for ecological thinking in his own time, and the role scientists play in the changing relationship of humankind to nature. Serialized here at HILOBROW.