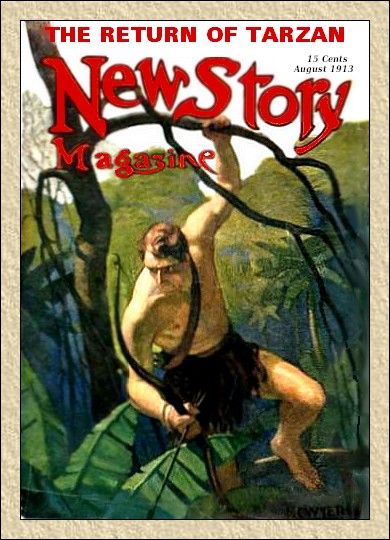 On a steamer from America to Paris, “Jean C. Tarzan” mulls over his still-recent decision to renounce his aristocratic title, so that Jane Porter can marry his cousin, Lord Greystoke. He befriends a Russian couple, who are being blackmailed by Russian agent Nikolas Rokoff; he thwarts Rokoff’s plot, and makes himself a deadly enemy. Tarzan is then recruited as a secret agent by the French ministry of war — suddenly, it’s a spy novel! After a few adventures among Arabs in the Algerian desert, Tarzan is dumped in the middle of the ocean. Luckily, he washes ashore in his native Africa, where he reverts to his old tree-swinging habits, makes himself king of the noble Waziri tribe, and discovers the lost treasure-city of Opar. At which point, Jane and Rokoff show up!

Fun facts: Serialized in New Story Magazine in 1913; the first book edition was published in 1915. I am a fan of Joe Kubert’s 1973 comic-book version. 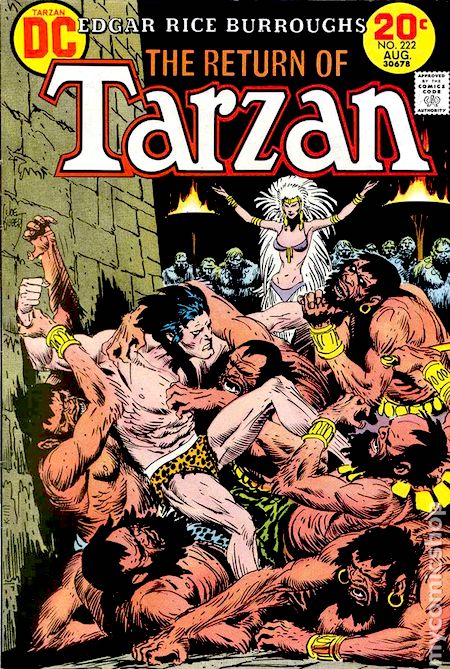