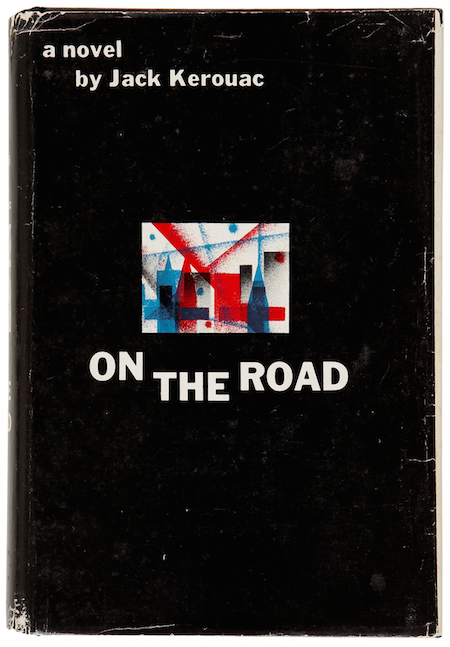 Jack Kerouac‘s picaresque On the Road.

An inspired midcentury installment in the most romantic of Adventure sub-genres, the protagonists of which seek a passionate life not afforded by an enlightened, modern, rationalized social order. Kerouac’s On the Road, which was completed in 1951 — that is, during the Forties (1944–1953) — is a fictionalized account of the author’s American wanderings. Though not a thriller, plot-wise, it’s plenty exciting. Jazz! Poetry! Drugs! Sal Paradise makes his way from New York to Denver, where he falls under th spell of the free-spirited hustler Dean Moriarty, then continues on to San Francisco, down to Mexico, and back to New York. Later, Sal and Dean drive to New Orleans, then back to San Francisco — in search of kicks and a religious-isn exaltation which Kerouac was among the first to call Beat. Later, despite a growing rift between them, Sal and Dean travel again from Denver to New York; and later still, they go from Denver to New Mexico. What does it all mean? The search for “IT,” a cosmic truth, is never-ending.

Fun fact: A hugely popular bestseller at the time; it’s considered one of the 100 best English-language novels of the 20th century. 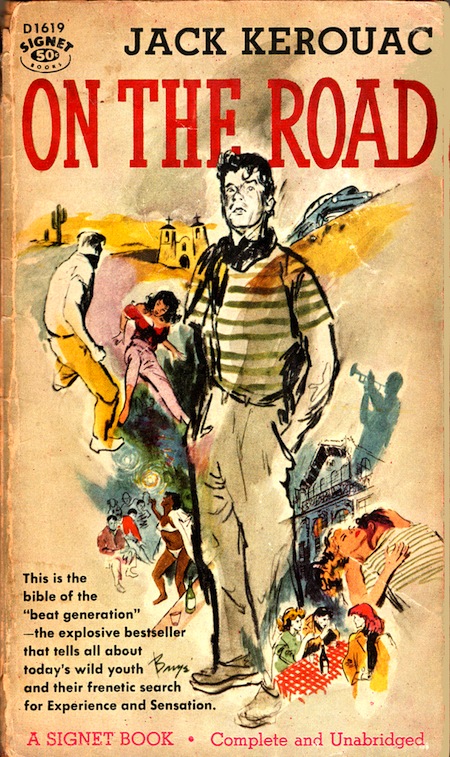