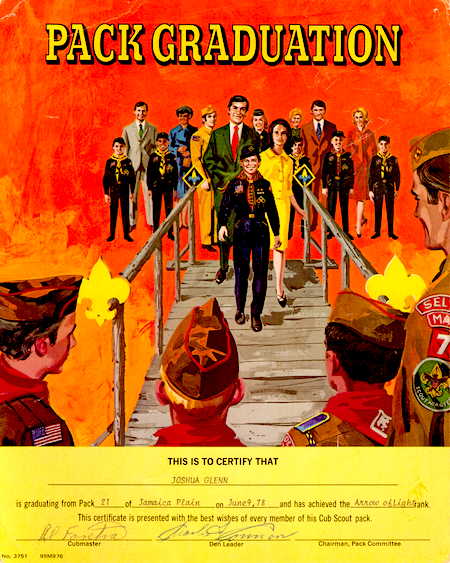 ARROW OF LIGHT, bitches! The ceremony was exactly like this, except: no bridge, no parents, the ceremony took place in the dingy rec hall of Our Lady of Lourdes Church in our neighborhood (or, to use the proper Bostonian geo-locational term: our parish); and the older scouts were all the Catholic thugs who’d terrorized me and my friends. 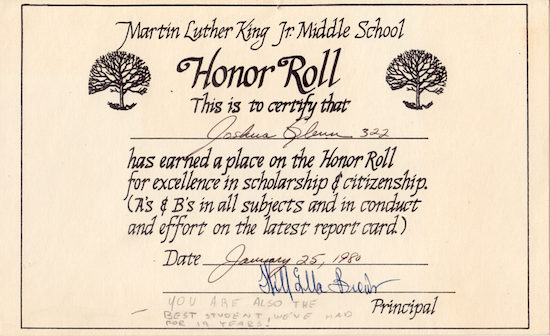 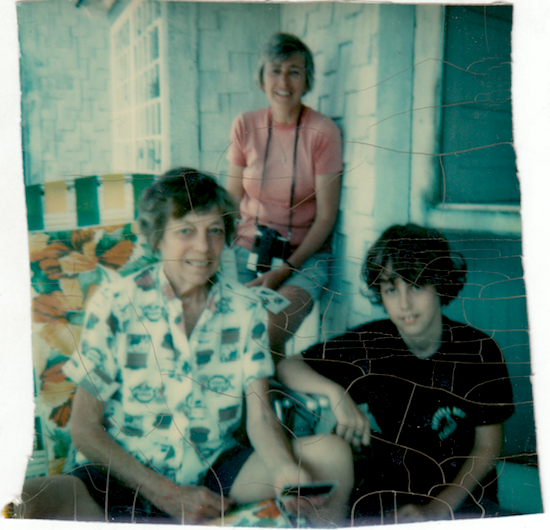 Random Polaroid of me with my grandmother and Aunt Maggie in Eagles Mere, PA, c. 1978.