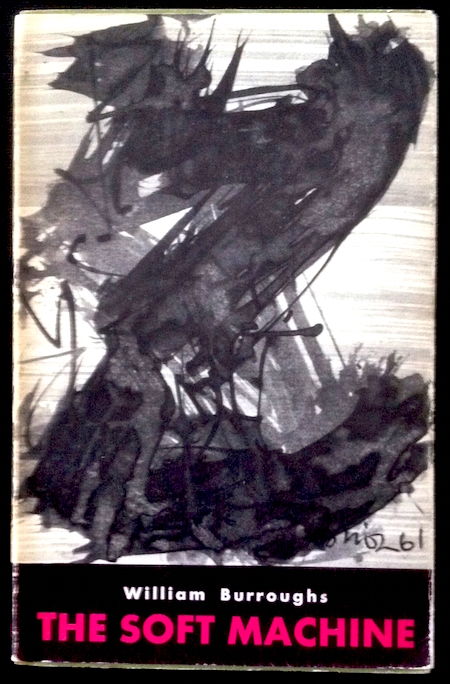 To the extent that The Soft Machine — first installment in the author’s Nova Trilogy — has a plot, it is something along these lines: Using a time travel device, an agent who is able to transform his body (using “U.T.,” undifferentiated tissue) causes the downfall of the ancient Mayan empire. How? He infiltrates the Mayan slave laborers, who are mind-controlled by sounds recorded on magnetic tape — by the priestly caste — and embedded in books (the famous Mayan calendar). The agent replaces the tape with one broadcasting a revolutionary message, “Burn the books, kill the priests.” The theme of Burroughs’s experimentalist novel, which was composed using his notorious “cut-up” technique, is how fascist control mechanisms invade and regulate the body — the titular soft machine. In addition to time travel, The Soft Machine circles around themes of media bombardment, sexuality, and out-of-body travel. According to Burroughs: “I am attempting to create a new mythology for the space age.”

Fun fact: The Soft Machine was first published by Olympia Press, in Paris, as part of their infamous, mostly pornographic Traveller’s Companion Series.