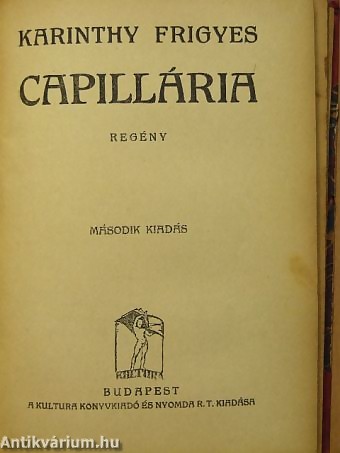 Gulliver, protagonist of Swift’s Gulliver’s Travels, who in Karinthy’s 1916 Voyage to Faremido: Gulliver’s Fifth Voyage (1916) visited a planet of intelligent machines, now finds himself saved from drowning in an underwater empire ruled by women. The males (“bullpops”) of this planet are fighters and builders, creative and rational… yet they are dominated by the emotional, illogical womenfolk. Not only do the women of Capillaria devote themselves entirely to pleasure, and tear down the (phallic) towers erected by the men, but they feed on the brains of their menfolk! A misogynistic adventure influenced by August Strindberg, who often made pronouncements like, “Woman, being small and foolish and therefore evil… should be suppressed, like barbarians and thieves.”

Fun fact: Karinthy’s fifth and sixth journeys of Gulliver’s aren’t the earliest example of Gulliveriana — but they’re among the most influential.