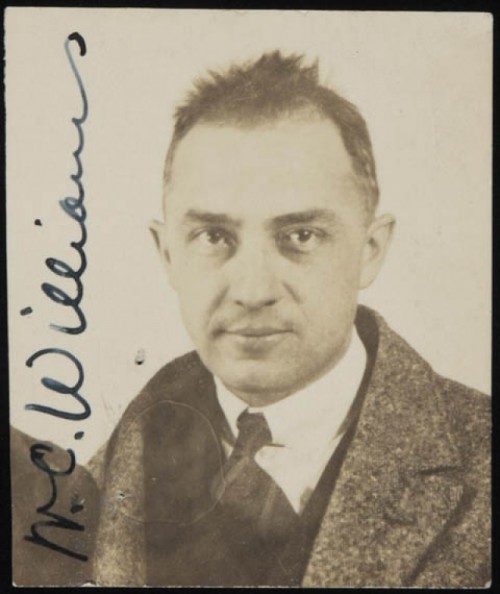 Poems happen to you, while you’re reading them. You can feel cast away, while inescapably connected, to the sorrow in Poem IX from Spring and All, describing the tears that rise like a flood, turning the betraying walls to rubble around a love affair that couldn’t be kept secret or intact. A vision of having nowhere to go, while you’ve floated far from anywhere you were sure you wanted to be. WILLIAM CARLOS WILLIAMS (1883—1963) stayed in the same place, in the same marriage (happy and otherwise), for most of his life, and his journeys beyond the edge of other people’s fulfillment and his own were designed to show you a way you might have lost or not known was there. Bridging irreconcilable ideas was the matrix of his art — a physician who worked every day while pursuing the lofty craft of verse; a rigorous linguistic theorist who believed in the populist conversation of poetry; a memorializer of the monumental city who focused on farm implements and other mainstays of everyday difficult existence (and who realized that the capital he spent his own life commemorating, Paterson, NJ, would one day sway and crumble itself); an icon of American letters with footsteps in the far-traveled American terrain of his own Old World Anglo, New World Latin, European-indigenous and Nordic Jewish heritage. Poems can be written down but mortal bodies and material buildings can’t be saved forever. So Williams’ act of witness was about the strength of what you live to look back on. And in this testament we can understand each other, and see how things fit together. A healer, a writer down, William Carlos Williams’ work was here to mend, and leave no walls.

On his or her birthday, HiLobrow irregularly pays tribute to one of our high-, low-, no-, or hilobrow heroes. Also born this date: Yuji Naka, Edgar Ulmer.