Regression Toward the Zine (9) 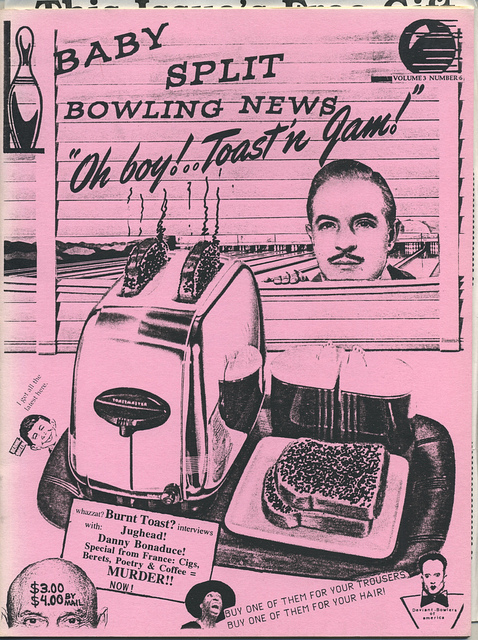 * Baby Split Bowling News was a zine of high weirdness that used bowling as a theme. (I could relate; my zine Hermenaut used mid-century outer-space imagery as a theme, although it had nothing to do with outer space.) BSBN was was published in Minneapolis by Julian “Chilly-Most” Davis, who presented his zine as the house organ of a non-existent outfit, Deviant Bowlers of America. I corresponded with Julian a little bit, and later got to know him via the local zine scene when I moved to Minneapolis in the mid-1990s. With Wendy Darst of the zine Wandromedia, we attempted to get Twin Cities zinesters together regularly to talk shop and have fun; this failed miserably — it turns out that most zinesters are prickly bastards. I wrote one or two items for BSBN, and also for Julian’s later zine Office Supply Junky. Wonder what he’s doing now? 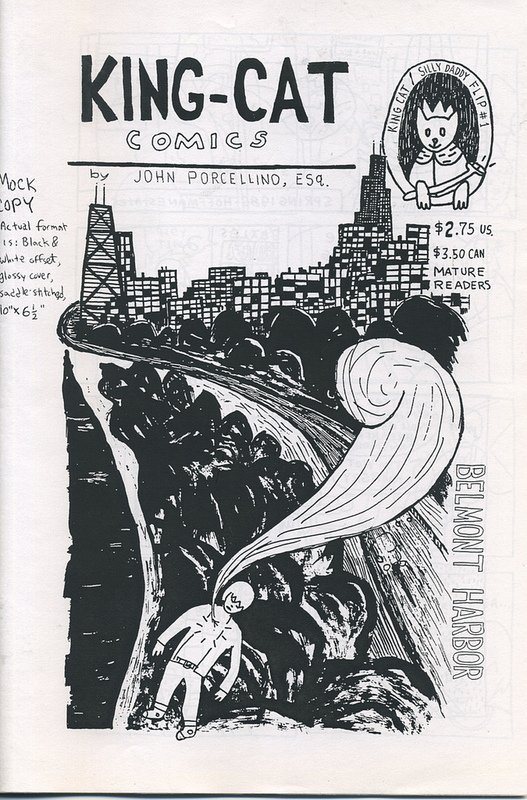 * King-Cat Comics & Stories was (is?) a mostly autobiographical mini-comic zine published by the talented John Porcellino. (I’ve heard he published a zine called Tales of Hogarth the Barbarian Pig when he was 15.) King-Cat Comics is among the best-known and longest-running minicomics. PS: Porcellino’s book Diary of a Mosquito Abatement Man received the 2005 Ignatz Award for Outstanding Anthology or Collection. 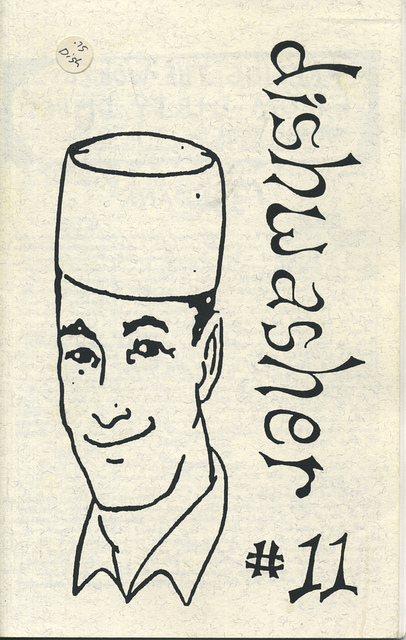 * The zine Dishwasher followed editor/publisher Pete “Dishwasher Pete” Jordan as he attempted to land jobs washing dishes in all 50 U.S. states. Sounds uninteresting, but Pete is a really talented writer and a paragon of integrity — for example, whenever he was offered the opportunity to earn more money doing something other than washing dishes, he’d refuse. Memoirs of Jordan’s dishwashing years were published in the book Dishwasher in 2007.

NEXT: Mike Gunderloy of Factsheet Five explains where the action is, circa 1990.