HiLobrow.com has curated a collection of our favorite recent blog posts by comic-book scriptwriter and translator Adam McGovern. This is the eighth in a series of ten installments. 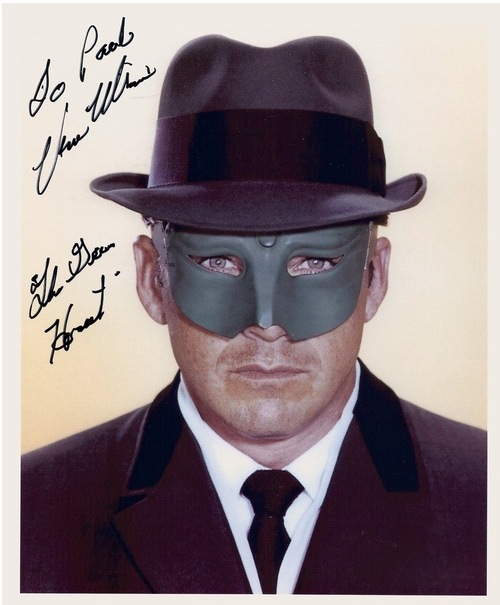 Like all open-minded fanboys, I’m ready to line up for the Green Hornet movie to decide how bad it sucks, and the enterprise was helped along by a recent marathon of the 1960s TV version on SyFy. I had very faint memories of the original run, but was mesmerized when I came across it the other day — played straight but with the same production-values as the Batman show (at the same time by the same people), it has a strange kind of serious camp; ultra-artificial but much more vivid than real. Made when all the Mad Men-era amoeba-furniture, parallelogram-cars, sculpted hair and fashion-ad outfits were actually in existence but with not one second filmed outside a soundstage, the show gives the weird feel of a present-day period piece, a diorama to give future generations or post-apocalyptic aliens the idea. Pretty much the only thing I’d remembered was the pre-kung-fu-craze Bruce Lee as Kato (among a number of Asian characters less stereotypical than during the superficially empowered kung-fu craze, not quite three-dimensional but remarkably less jive than anything else being done at the time — maybe ’cuz Lee wasn’t just acting). I didn’t remember Van Williams in the title role, square-jawed and skulled but still ridiculously beautiful like a prototypical Mike Allred male; Batman may have been the show that helped give Mike his lifetime pop muse, but Green Hornet is the show his characters live in. In the same way, the multi-season Batman may have made pop safe for ironic hipsters to say they liked, but the short-lived Hornet, perhaps TV’s closest success at a real-life cartoon but dead serious about itself, saw our media-saturated future even if it wasn’t then the one to watch.