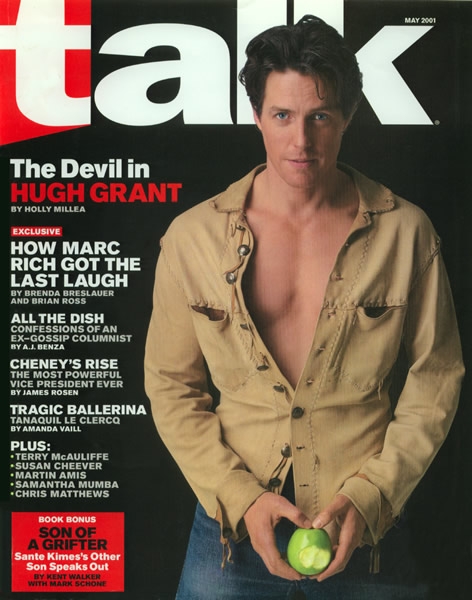 FEED (July 20, 1999): Hearst Magazines has announced that next year they’ll begin publishing an uplifting women’s monthly, one devoted not just to fashion and beauty but also to spirituality, community, and books. Its premiere issue will have a tremendous print run of 850,000, thanks to the star power of Oprah Winfrey, who has agreed to allow Hearst to “translate Winfrey’s message of encouragement and inspiration to the magazine page.” Uplift is in, it seems, since Hearst’s Talk magazine — co-published with Miramax’s Talk Media — has, in these past several months leading up to August’s launch, transformed itself from the provocative, upscale gossip rag that it was initially touted to be into an enlightening, democratic “dialogue of the American culture.” Ugh. Do people really want more middlebrow?

Playing to America’s self-image as an ongoing experiment in democracy, one conducted by free and open conversation among citizens, could be regarded as a cynical marketing strategy coming from Brown, who — along with her pal Martin Amis, who’s just signed a major book/article/screenplay contract with Talk Media — is British. Much more at issue, however, is the convergence in these inescapable glossies of two different, but equally pernicious, styles of middlebrow. Surging up from talk-show television, Oprah wants us to read books that are literary but not too difficult!, and that contain messages of “internal well-being.” Hurled to earth like lightning bolts from the Olympus of New York’s media elite, Tina’s middlebrow teaches us the proper attitude (part reverence, part amusement) to have toward high culture, without demanding that we actually engage with culture directly. Middlebrow, which substitutes spirituality for religion, sentiment for emotion, and upliftment for inspiration, will soon form a pincer — mercilessly squeezing any real intellectual effort, or emotion, out of their audiences.

Speaking of phoniness, the manner in which both Oprah and Tina have been seeking to exploit the much-hyped interactivity of web-based publications for their decidedly offline efforts is equally aggravating. Oprah’s magazine, we’re informed, will “provide some format for readers to interact with her.” And Tina, according to one interview, wants her magazine “to have the feeling of the voices of the Web” — voices which are honest, personal, and unmediated. Now, we’re all waiting for a new print magazine to do this, but it won’t happen here. Oprah’s much-touted empathy is relentlessly inner-directed: remember when she burst into tears while interviewing the coach of Columbine High’s forensics team, because “I was on the forensics team, too”? And although buzz, the thing Tina is so good at generating, may in fact be a form of verbal exchange, dialogue it most definitely ain’t.

But apparently this kind of criticism is taboo now. Even formerly skeptical media critics have taken to making cynical predictions that their colleagues will hate Talk (initial circulation: a mere 500,000), not because the very idea of a magazine whose sole purpose it is to generate pre-optioned film and TV ideas is repellent, but just out of viciousness and envy. Perhaps we’ve all been infected by the disease carried by Oprah, who declared several years ago that “I am not going to be able to spend from now until the year 2000 talking about dysfunction,” and then inked a deal with Starbucks to have them sell her favorite pseudo-literature in their pseudo-writerly coffee-shops. Call it “millennial middlebrow.” Unlike Y2K, it really is coming. 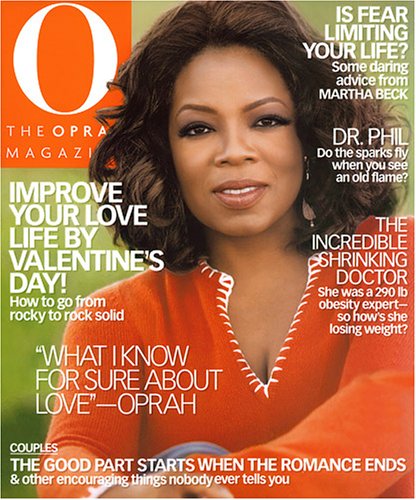 Launched in May 1995, the web magazine FEED — which helped launch the careers of Steven Johnson, Steve Bodow, Keith Gessen, Joshua Micah Marshall, Erik Davis, Christine Kenneally, Alex Abramovich, Chris Lehmann, Sam Lipsyte, Alex Ross, Clay Shirky, Ana Marie Cox, and many others, including yours truly — went offline in the summer of 2001. In June 2010, its archives were made available. This is the third in a series reprinting a few of my own favorite FEED Dailies.