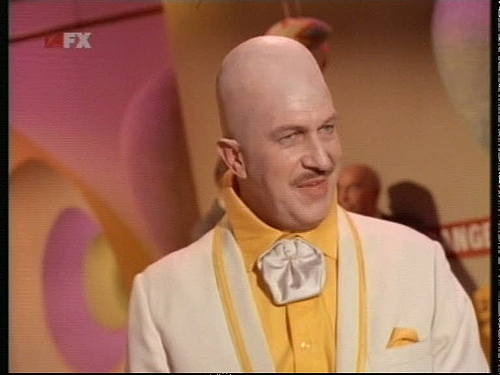 Egghead, who calls himself “the world’s smartest criminal,” is one of two villains created for the 1960s Batman TV series — the other was King Tut. Played by Vincent Price, Egghead first appeared in the second season; his greatest accomplishment was deducing that Bruce Wayne was Batman. Though brilliant, Egghead’s penchant for puns made him seem foolish.

Fourth in a series of ten posts.