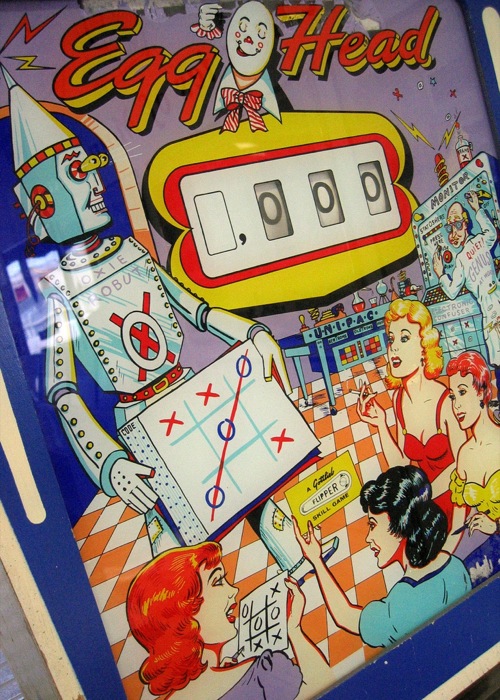 According to the Internet Pinball Machine Database, Gottlieb’s 1961 “Egg Head” pinball machine was designed by Wayne Neyens and the art was by Roy Parker. The conceit is this: You’re playing tic-tac-toe against a robot!

Only… it’s a hoax. An egg-headed scientist — whose flipper, unlike the robot’s, is presumably rarely fondled by impressed dames — is controlling the robot via his UNIPAC computer. It’s a Mechanical Turk! 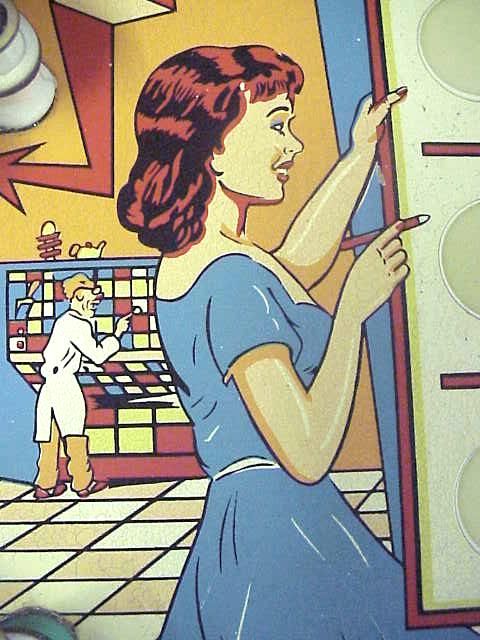 Third in a series of ten posts.