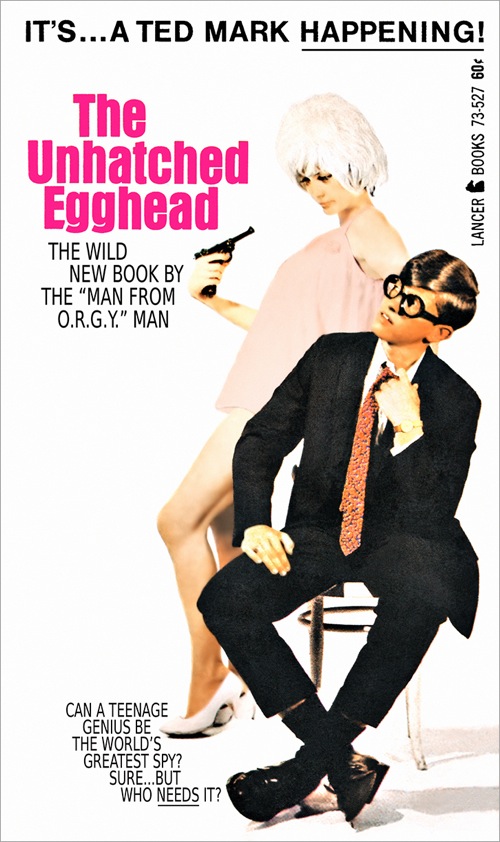 This 1966 sleaze-spy spoof novel, the eighth installment in Ted Marks’ Man From O.R.G.Y. series, depicts the teenage egghead as a hapless “last American virgin” type. He’s an Edward Casaubon, if you will, who doesn’t know how to handle the gun-toting Dorothea in the background.

Second in a series of ten posts.