Which made me think of this famous October 8, 1956 Newsweek cover: 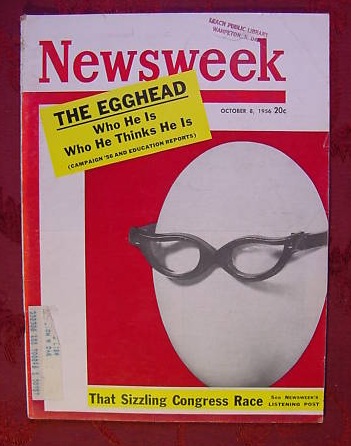 During the Forties (1944-53), the intellectual was one of McCarthyism’s targets. During the Fifties (1954-63), however, the intellectual was permitted to rejoin the mainstream of US culture — just so long as he presented himself as an expert, a dynamo of constructive ideas, an ex-existentialist, a utopianist/freethinker grown up into a chastened, responsible man of action.

All other intellectuals were depicted as ineffective, bumbling highbrows — who sometimes turned sinister. Let’s call the Cold War-era chastened intellectual a “hardboiled,” and the unreconstructed intellectual a “softboiled” egghead. The former is high-middlebrow; the latter highbrow, anti-lowbrow, sometimes nobrow or perhaps hilobrow.

I’m interested in Cold War-era depictions of hard- and softboiled intellectuals in pop culture. Bring ’em on! To get the egg rolling, I’ve provided a 1964 example of a soft-boiled (sinister) egghead below… 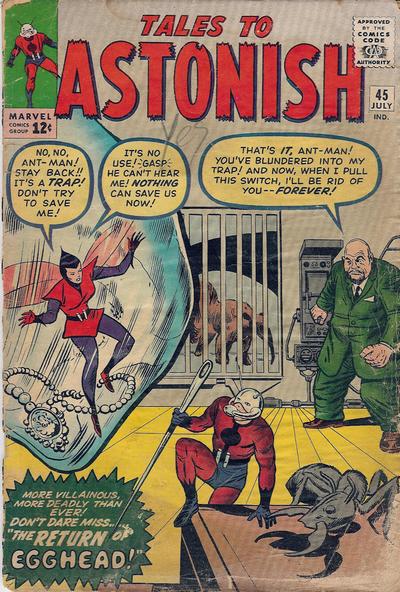 First in a series of ten posts.