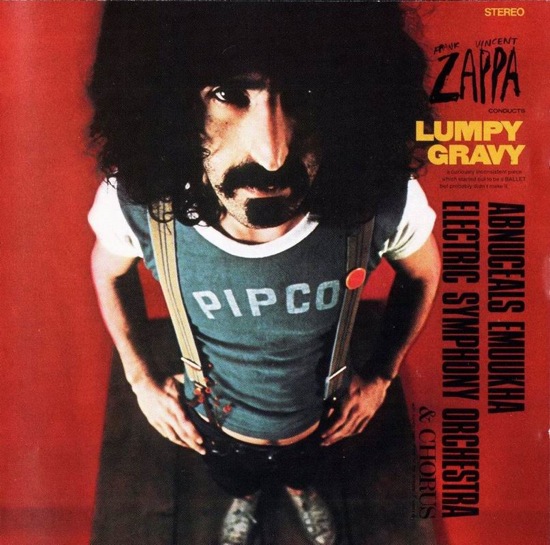 Of all the hilo heroes of American music, only FRANK ZAPPA (1940-93) turned the scramble of the brainy and the base into an aesthetic practice so strident it counts as an ethical philosophy. The dialectic defined his precocity — as a teen composing avant-garde scores in the late 1950s, he scarfed up doo-wop alongside Varese and Stravinsky. Zappa’s early music was characterized by a fusion of genre clichés and intense multitrack experiment, idiotic jingles and phenomenal chops; culturally, it helped define the West Coast “freak” vibe as an ethics of intense juxtaposition equally lost on squares and hippies. His hilo commitments also account, at least in part, for his notorious potty-mouthed snark — an adolescent nihilism indistinguishable from his iconoclastic refusal to lock into zones, rarified or not, of propriety and expectation. Though his crassness could congeal into schtick, and his brilliance reduce itself to a smart-ass bravura that would forever endear him to Eastern European males, Zappa revitalized art music by way of the margins of taste, while achieving something almost unimaginable on the electric guitar: a recondite obscenity.