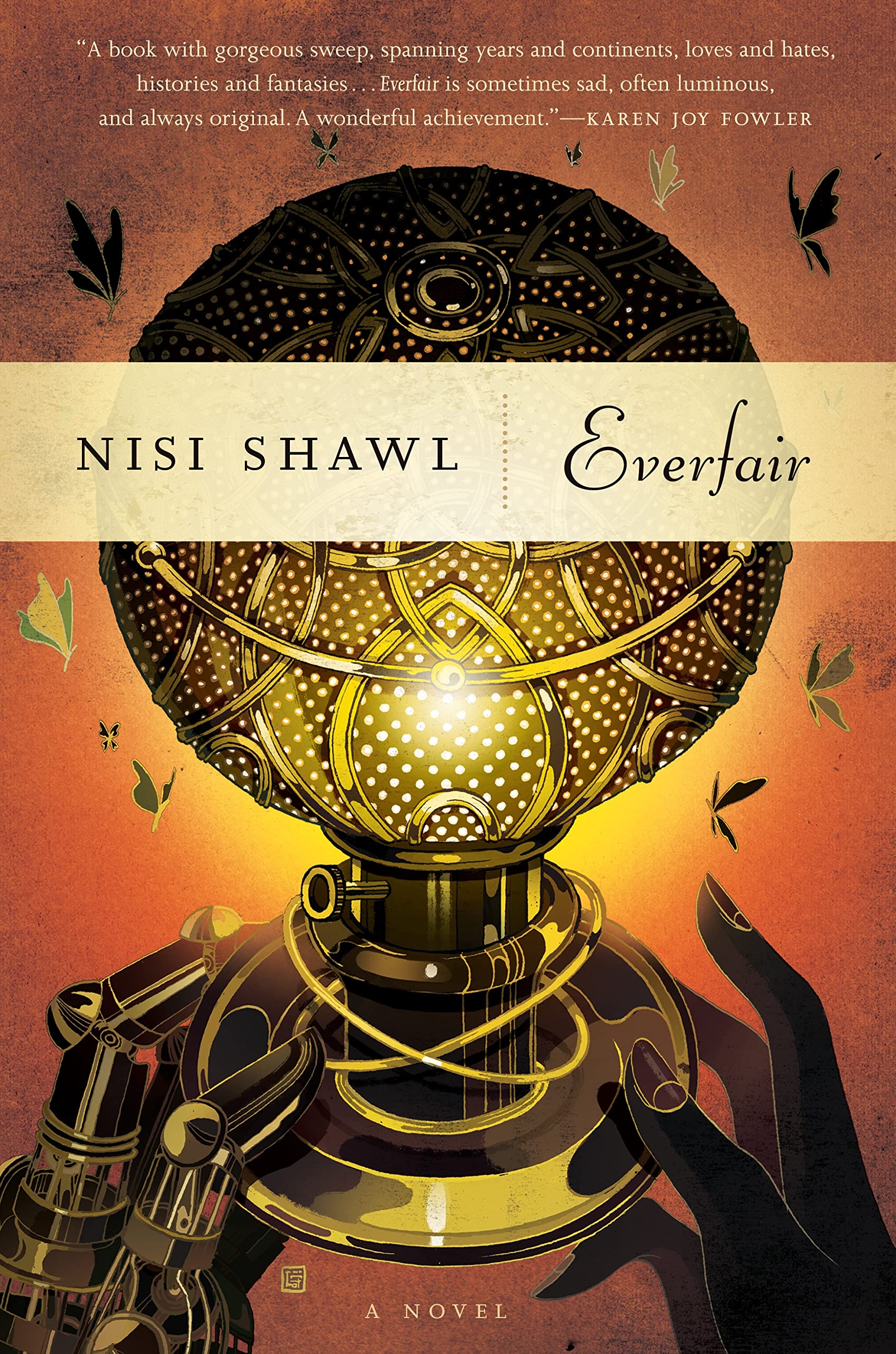 Shawl’s first novel is an epic, steampunk alternate history of the Congo from the era of Belgian control through World War I. Shawl’s what-if: If Congo’s native populations had adopted (and adapted) steam technology earlier; and if refugees from the brutality of Belgium’s King Leopold II — in cooperation with various immigrants (Chinese, African American, French, English, Congolese; lesbians, Fabian Socialists, scientists, missionaries) had sought to establish an intersectional state in the Congo Basin; might they have driven out the Belgians? (Spoiler alert: The answer is “Yes, but…”) This smart, emotionally affecting, action-packed novel is told from multiple perspectives, giving voice to characters whom the usual histories relegate to the margins; and it jumps from one event to another over a number of years — it’s not a continuous narrative. There is a continuous theme, however, which is this: racism, colonialism, sexism, homophobia, and religious extremism work in subtle ways, even among valiant progressives. The British Fabians, for example, are heroic champions of social justice… who also impose western customs on the inhabitants of the Everfair colony. I’ve been a fan of Shawl’s stories ever since “I Was a Teenage Genetic Engineer” in the 1989 Semiotext(e) SF anthology; and I look forward to further Everfair adventures.

Fun facts: “I have been accused by some readers of writing a bunch of related short stories rather than a novel,” Shawl has said in an interview. “There is actually an arc to the novel. It’s not the arc of a person, it’s the arc of a nation. People who know that going in might have an easier time of it.”