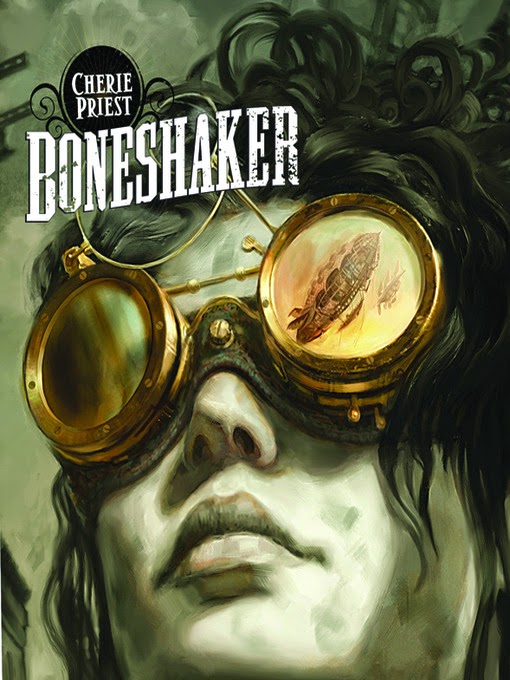 I’m not particularly interested in steampunk, but when io9.com selected this title for their June 2010 book club, I picked it up… and, despite some quibbles, I’m glad I did. The titular “Boneshaker” is a super-drill invented — at the request of Russian prospectors, during the Klondike Gold Rush — to break through the ice in (Russia-owned) Alaska. Leviticus Blue, the device’s inventor, goes missing after his machine destroys several blocks of downtown Seattle and releases a subterranean vein of “blight gas” that kills and zombifies its victims. That section of Seattle is walled off. Sixteen years later, Blue’s son Zeke — eager to clear his father’s name — dons a gas mask and enters Seattle’s forbidden zone. His equally intrepid mother, Briar, follows him. There’s a sinister figure, Minnericht, believed to be Leviticus Blue; he ends up capturing Zeke. Briar, for reasons to be made clear later, doesn’t believe that Minnericht is who people think he is. A dashing fellow named Jeremiah Swakhammer and other non-“rotters” still live in downtown Seattle, it turns out; they help Briar in her quest. Atmospheric, inventive, and yes — there is a dirigible chase.