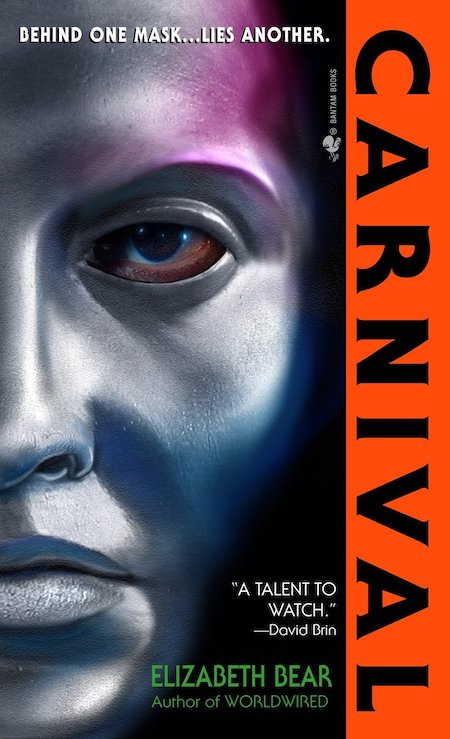 Two agents of the Old Earth Colonial Coalition, one trained in the art of subterfuge and the other in the art of reading people for signs of subterfuge, have been sent on a diplomatic mission to New Amazonia — a matriarchal colony planet ruled by lesbians. Michelangelo Kusanagi-Jones and Vincent Katherinessen, ex-lovers and comrades reunited after a mission went awry nearly two decades earlier, were chosen for this assignment because they are “gentle” — homosexual — and therefore, unlike straight men (who are used for reproduction and labor), allowed to move about New Amazonia with a certain degree of autonomy. Control of the preservation of interplanetary natural resources has been given over, generations earlier, to artificial intelligences called the Governors, who enforce carbon neutrality via strict/genocidal population control and energy consumption regulation. Vincent and Michelangelo’s true mission is to figure out the secret of New Amazonia’s seemingly inexhaustible power supply, bequeathed to its current inhabitants by the planet’s previous inhabitants — who are not entirely gone. (By doing so, they may be able to end the AI’s reign of terror.) New Amazonia is not the nurturing, pacifistic female utopia that the reader may have been expecting: Its inhabitants are gun-toting bravas obsessed with guns and honor and dueling; and some of them are scheming a violent revolution that will establish equality for males. What’s more, Michelangelo and Vincent have their own secret agendas!

Fun facts: “Environmental Fascists Fight Gun-Loving Lesbians for Alien Technology” trumpets the headline of Annalee Newitz’s 2008 review of Carnival. “Bear’s idea that an eco-regime like this would breed conservatism rather than progressivism is really quite smart, and world-building junkies like me will love her careful attention to how ideologies might evolve over time.”