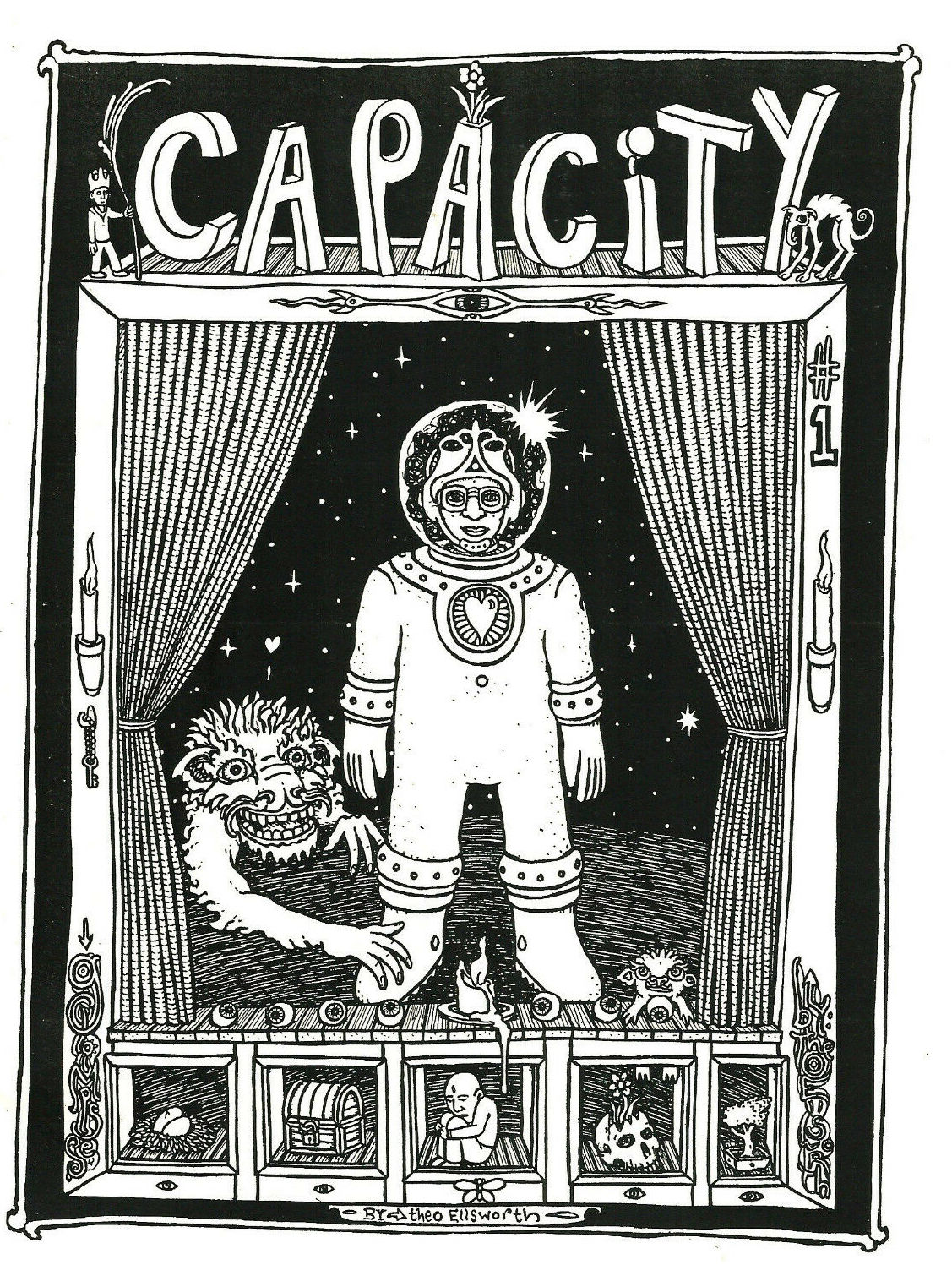 Ellsworth’s debut graphic novel, which was first self-published as a series of mini-comics, to which new material providing an overarching framework was later added, is an autobiographical journey not only through the author’s life but through his restless, anxious, and incredibly fertile imagination… the lineaments of which are phantasmagorical, for the most part, but also science-fictional. The picaresque journey on which we’re taken isn’t set in the future, exactly; Ellsworth’s imagination is instead a kind of parallel world or fourth dimension (“psychological thoughtplane,” Ellsworth suggests) in which fantastic creatures and benevolent monsters cavort — and attempt to communicate some sort of wisdom of tremendous import, but which remains forever elusive. I hesitate to describe Capacity as a story, because (true to the comics medium) it apparently developed without planning, willy-nilly, as imagery — semi-conscious doodling evolved into complex Bruegel- or Bosch-like scenes, over which the author invents us to brood along with him. He often portrays himself as a kind of astronaut — spacesuited, helmeted — struggling to make sense of the alien planet, its flora and fauna, its languages and customs, inside of his own head. The fascinatingly dense artwork and dream logic make it difficult for us to get any purchase, at times… but we sympathize with the protagonist, and root for him to find the resolution he desires. In fact, we come to feel that this won’t happen without our active participation as readers… if this is partly reminiscent of Frigyes Karinthy’s proto-sf novel A Journey Round My Skull, it’s also reminscent of The Monster at the End of This Book. Ellsworth is a Groveresque guide whom I’d follow anywhere. 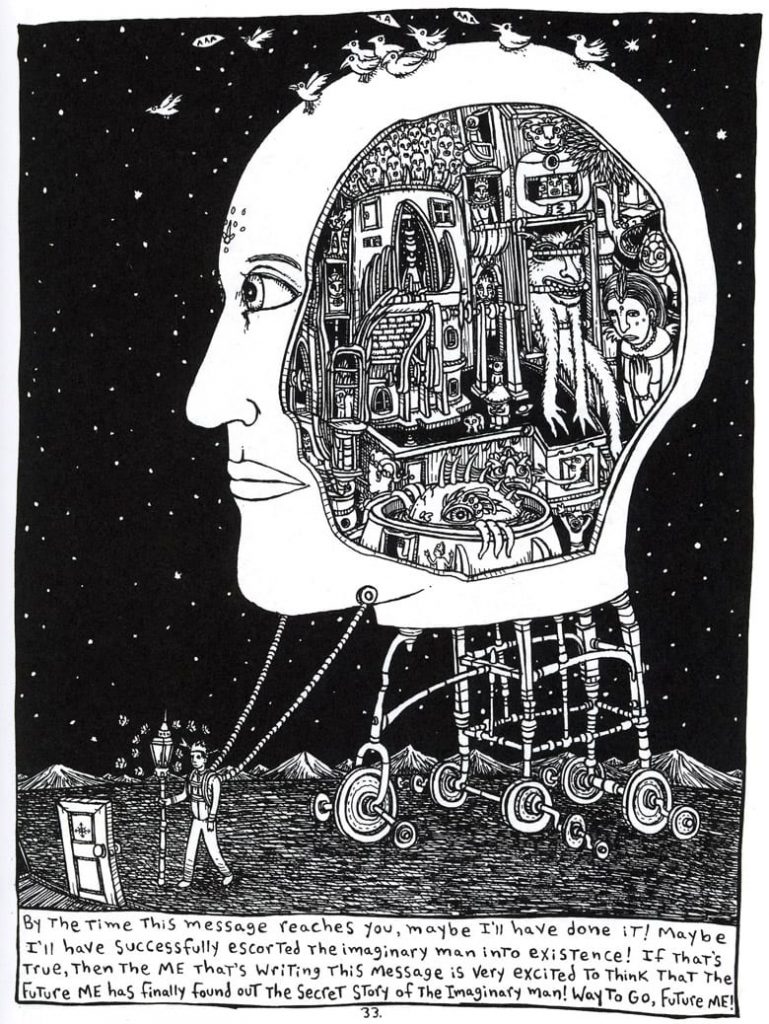