For our 2Q2022 “enthusiasm” series, I invited 25 of HILOBROW’s stalwarts to write about a favorite TV show from the cultural era known as the Seventies (1974–1983, in our periodization scheme.) The series title, KOJAK YOUR ENTHUSIASM, is a tip of the hat to one of these shows — though not, alas, one of the shows that we’ll cover.

Lynn Peril on ONE DAY AT A TIME | Dan Reines on THE WHITE SHADOW | Carlo Rotella on BARNEY MILLER | Lucy Sante on POLICE WOMAN | Douglas Wolk on WHEW! | Susan Roe on THE LOVE BOAT | Peggy Nelson on THE BIONIC WOMAN | Michael Grasso on WKRP IN CINCINNATI | Josh Glenn on SHAZAM! | Vanessa Berry on IN SEARCH OF… | Mark Kingwell on BATTLESTAR GALACTICA | Tom Nealon on BUCK ROGERS | Heather Quinlan on LITTLE HOUSE ON THE PRAIRIE | Adam McGovern on FAWLTY TOWERS | Gordon Dahlquist on THE STREETS OF SAN FRANCISCO | David Smay on LAVERNE & SHIRLEY | Miranda Mellis on WELCOME BACK, KOTTER | Rick Pinchera on THE MUPPET SHOW | Kio Stark on WONDER WOMAN | Marc Weidenbaum on ARK II | Carl Wilson on LOU GRANT | Greg Rowland on STAR TREK: THE ANIMATED SERIES | Dave Boerger on DOCTOR WHO | William Nericcio on CHICO AND THE MAN | Erin M. Routson on HAPPY DAYS.

As of this writing, I’ve received twenty of the series’ installments. My perusal of these pieces has inspired a few top-of-mind introductory remarks on the subject of Seventies-era TV themes and tropes, which you can find below.

KOJAK YOUR ENTHUSIASM kicks off tomorrow. Who loves ya, baby?

My intro to HILOBROW’s 2019 series on Seventies action movies (CONVOY YOUR ENTHUSIASM) notes that a key aspect of these films’ appeal was the kitchen-sink realism — everything and everyone is worn-down and beaten-up. KOJAK YOUR ENTHUSIAM’s contributors are struck by a similar vibe in Seventies TV shows — particularly those set in the workplace.

By comparison with shiny-happy Eighties sitcoms, Michael Grasso notes that Seventies sitcoms — like WKRP In Cincinnati, about which no one has more to say — were instead “full of grumpy adults working in grubby offices with coworkers whose quirks drove them a little crazy.” And writing about Barney Miller, Carlo Rotella notes that “its comic timing favored long awkward pauses intended to produce a swell of audience response: Fish and Yemana are just sitting there at their desks, not saying anything, contemplating how aged and infirm they have become!”

As the above examples suggest, the humor on Seventies shows was often awkward, uncomfortable — a reflection of the era itself. Writing about Fawlty Towers, Adam McGovern suggests that “Comedy is Basil Fawlty dying for his sins and us watching over and over. His rages are the scary slapstick of the realization — his and ours — that no one is in charge.” In his look back at Battlestar Galactica, meanwhile, Mark Kingwell suggests that when it comes to Seventies TV “there ought to be a label for cultural production that is not quite campy, because unselfconscious and played straight, but goofy, even ridiculous, when consumed.” One show that transcended this dichotomy, however, in David Smay’s high-lowbrow opinion, is Laverne & Shirley: Though derided by TV critics at the time as less thoughtful (read: middlebrow) than M*A*S*H, “L&S was unapologetically built around the physical comedy and exquisite chemistry of Marshall and Williams.”

Along with awkwardness, ambiguity was a hallmark of Seventies television. Writing about Wonder Woman, Kio Stark remembers that “it was a strange and confusing lesson in femininity and feminism. It’s all sisterhood and demanding respect, except with a busty bustier and a general tendency to choose deference — as if choosing it makes it ok — to all men who aren’t Nazis.” Upon revisiting Buck Rogers in the 25th Century, meanwhile, Tom Nealon realizes that Buck’s supposedly heroic qualities, in the context of a post-apocalyptic AI-controlled social order, are “recklessness and hubris — the sorts of human qualities, that is, that had nearly brought about humanity’s end.” Even gameshows were difficult to comprehend: “WHEW! had rules so convoluted that there were only four minutes of gameplay within each 25-minute episode,” writes Douglas Wolk, about the show WHEW!. 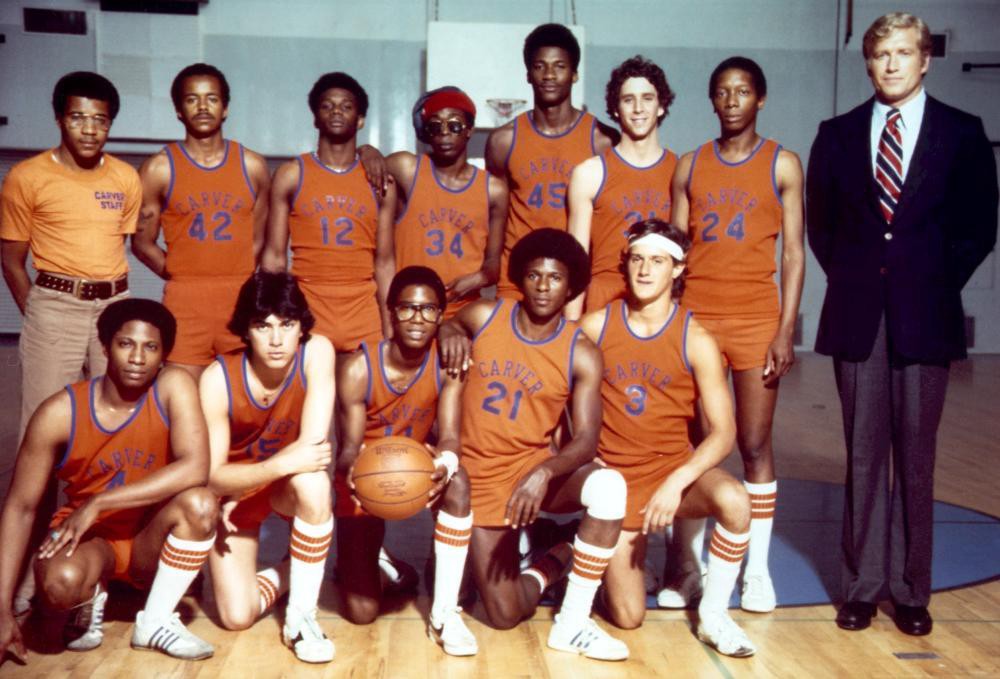 Malaise — another theme in my intro to the CONVOY YOUR ENTHUSIASM series — seeped into Seventies TV shows in the form of dramatic depictions of bad decision-making. Many KOJAK YOUR ENTHUSIASM contributors are struck by just how grim — apocalyptic, even — the Seventies shows that they watched as children and adolescents often were. Writing about The White Shadow, Dan Reines recalls that “We got teen pregnancy, teen sex workers, shady sports agents, point-shaving, students hitting teachers, teachers hitting students, teachers seducing students, a kid sexually assaulting the vice principal.” And on the subject of Little House on the Prairie, Heather Quinlan recalls being terrified by the episode in which Ma “cut her leg on a wire, it got infected, and as I recall, she went on some kind of bacterial acid trip that climaxed with her reading a biblical passage that said, ‘Cut it off,’ butcher knife in hand, about to chop off her diseased leg.” Readers, this freaky episode messed me up, too.

Sci-fi shows of the period — even kid-oriented ones — tended to be dystopian. Writing about Ark II, Marc Weidenbaum marvels that a Saturday morning kiddie show existed whose impressionable young audience “could witness a comfortably distant future in which the country — heck, civilization — no longer existed.” Vanessa Berry recalls that In Search Of… was “a combination of the superstitious and the scientific, one distinctly of its time, and not only because of the turtlenecks and moustaches.” Meanwhile, what sort of lesson was young Dave Boerger supposed to take from the “Earthshock” episode of Doctor Who — in which the Doctor’s teenaged sidekick meets his demise? “The young Earthlings in the audience realized that the dinosaurs weren’t wiped out by an asteroid but by a damaged space freighter — with Adric still aboard. It was a shocking, gut-wrenching twist and an alternative theory to established historical events all rolled into one.” 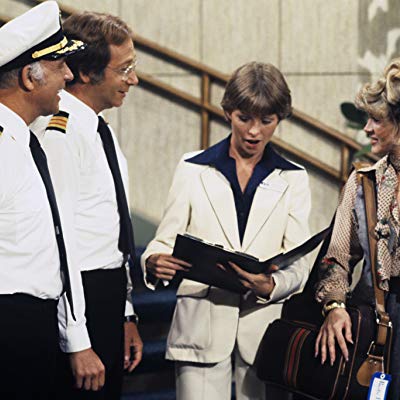 Was there any upside to all of the chaos that members of my generation absorbed from TV during the Seventies? Reflecting back on The Muppet Show, Rick Pinchera believes that seeing order emerge from chaos in each new episode was instructive: “The inventiveness and attention to detail, the writing and the performance, the honoring of the past while parodying the contemporary, was all planned out so well that I could not help being absolutely bewitched on a weekly basis.” And in an open letter to ultra-efficient The Love Boat cruise director Julie McCoy, Susan Roe seconds that emotion: “From the opening bars of the catchy, dreamy theme song sensuously crooned by Jack Jones, the viewer knows that everything is going to work out in the end. Thank you Julie, for working hard to make everything come out OK, and for providing that calm consistency each Friday evening.” 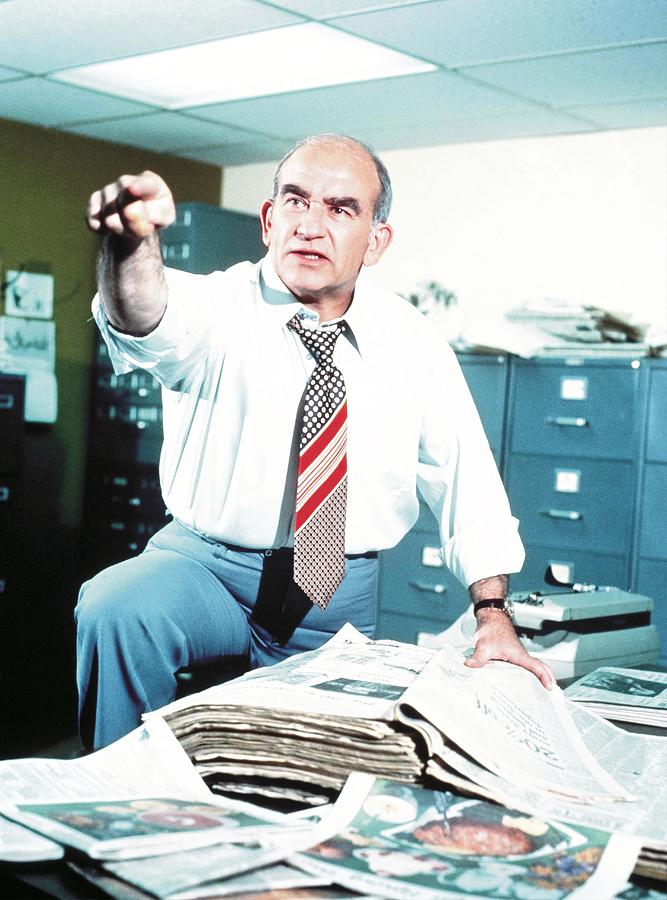 Things were falling apart; the centre could not hold; mere anarchy was loosed upon the world during the Seventies. But Kermit, Julie, and other everyman types — the “clumsy, sweaty, unstoppable minor man” described in my CONVOY YOUR ENTHUSIASM intro — had what it took to survive and thrive. KOJAK YOUR ENTHUSIASM’s contributors have identified other human, all-too-human heroes as well. “Sergeant Pepper Anderson was a regular cop, tough as nails, always ready to barrel-roll out of her car and come up armed, ready to deliver urgent orders via walkie-talkie, ready to collar the crooks,” writes Lucy Sante about Police Woman. “And she was also ready to feel, and that was her super-power, unavailable to the male flatfeet that surrounded her.” Writing about Ed Asner, star of Lou Grant, meanwhile, Carl Wilson recalls that “union organizer and political activist Asner’s own intelligence and integrity seemed to be infused into the show.”

Young people, in Seventies TV, could be heroes too — simply by resisting sociocultural norms guiding them towards future asshole-dom. “I was fascinated by Barbara/Valerie [Bertinelli],” writes Lynn Peril of One Day At a Time. “Looking back, it may have been the character’s confident kindness that appealed to me most. She wasn’t like those pretty-but-cruel girls in junior high, the ones who conspicuously mentioned how ‘some people’ were ‘okay from the side, but hopeless from the front’ when you were in hearing range.” Miranda Mellis, reflecting on Welcome Back, Kotter, recalls the show’s occasional “happy absurdism — little numbers, everyone cutting loose. In those moments, when the Sweathogs clock out of the joke factory, we catch a glimpse of the irrepressible trickster id of the 1970s kid.”