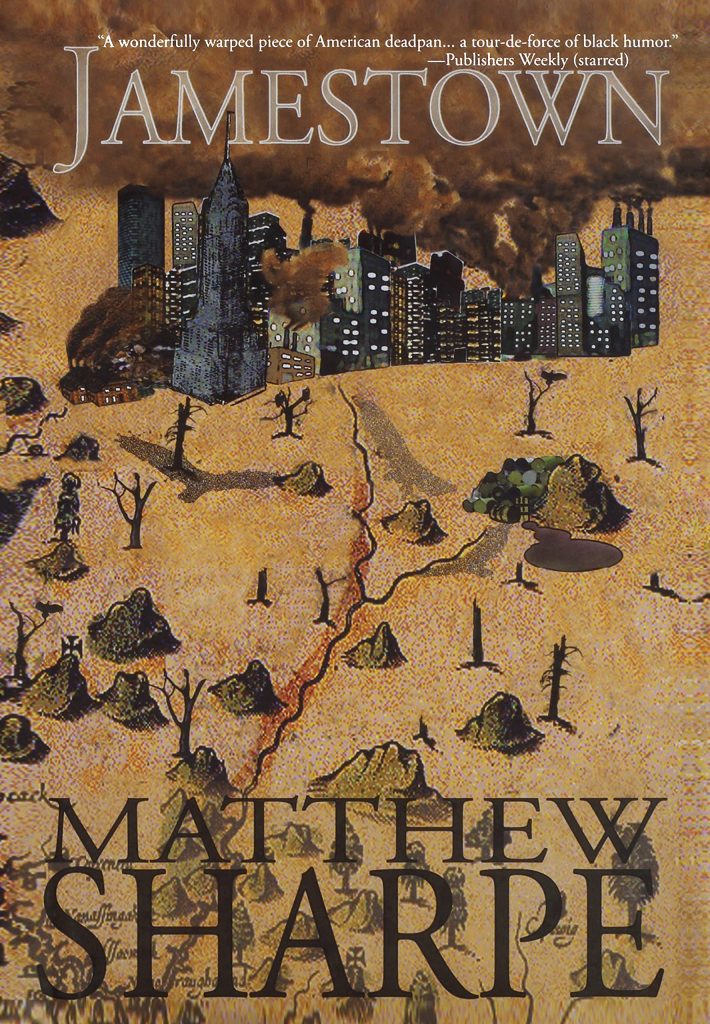 In a not-too-far off, post-apocalyptic America, the gangsterish Manhattan Company that controls New York (and does battle with Brooklyn) sends a high-tech, armored bus of bearded explorers to establish an outpost in Virginia — where they hope to make contact with the local “Indian” population and exploit such resources as trees, oil, and uncontaminated foodstuffs. The adventure is narrated by the least depraved of the invaders, the soulful if spotty Johnny Rolfe, whose journal entries and IMs recount his love affair with the smart, precocious, teenaged Indian princess Pocahontas… who at first leads the explorers into a sybaritic trap. This wildly imaginative, funny, raunchy, and violent story recapitulates the Jamestown settlement of 1608 from Pocahontas’s rescue of Captain John Smith on… while satirizing 9/11-era American society, culture, and politics. At the level of the sentence, particularly whenever Pocahontas is speaking, the writing here is much better than it needs to be; it’s a dazzling high-lowbrow tour de force, on Sharpe’s part, equal parts Shakespeare and YA chick lit and horror. Meanwhile, the Indians — who speak better English than they let on, and whose red coloring turns out to be sunblock — are not at all what they seem!

Fun fact: In an interview, Sharpe once explained that “the story of Jamestown functions as one of the founding myths of our nation, and I wanted to highlight how America began in violence, bloodshed, and a level of incompetence that would be ridiculous had it not been so deadly; in other words, Jamestown was a lot like the administration of George W. Bush.”