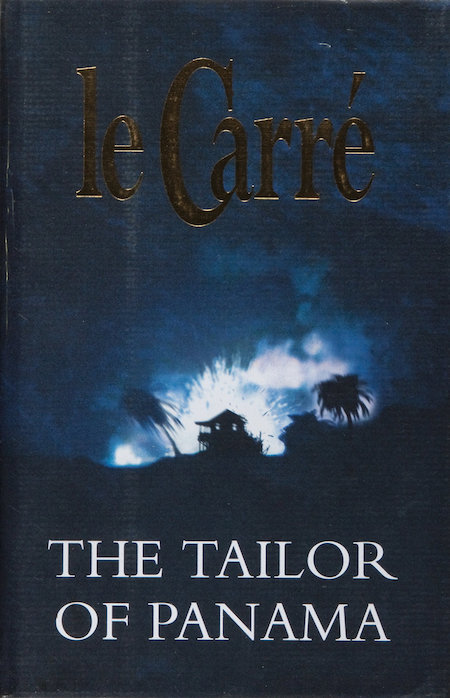 In this unusually light-hearted le Carré novel, Andy Osnard, an unscrupulous Thatcherite MI6 agent sent to Panama City to gather intelligence, seems to draw inspiration from Graham Greene’s darkly comedic 1958 spy novel Our Man in Havana, in which a vacuum-cleaner salesman sells made-up military intelligence to MI6. Discovering that Harry Pendel, a successful tailor and British expat, has something to hide, Osnard coerces him into a scheme involving a fictitious network of revolutionaries known as the silent opposition. (This detail could be read a nod to another Greene novel, The Quiet American.) Harry’s invented stories wind up getting his friends into hot water; his wife, meanwhile, discovers what’s been going on. In the end, the UK and US governments must decide whether to use Harry’s fantasies as an excuse to invade Panama and topple the government…. This one is not every le Carré fan’s cup of tea, but I find it comical and poignant.

Fun facts: John Boorman directed the 2001 adaptation, making the excellent decision to cast Geoffrey Rush as Pendel, and Pierce Brosnan — in a gleefully wicked performance subverting the work he was doing simultaneously in the James Bond franchise — as Osnard.