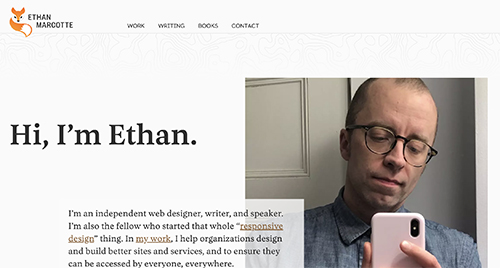 I restarted my design practice back in January. A month or so later, I realized it was high time I spruced up things around here. I loved the old design (and still do), but it was starting to creak a bit. So I set to making this place feel a bit more modern: revisiting the type, changing up the layout, and sanding down some of the rougher edges I’d noticed over the years.

While I worked, things were changing. My world’s gotten smaller recently, and I’ll bet yours has too. I’m indoors much more than I’m used to, leaving the house only for supplies, or for my daily runs. (Don’t worry, I try to be cautious about running: I stick to quiet side streets, which are d̶i̶s̶c̶o̶n̶c̶e̶r̶t̶i̶n̶g̶l̶y̶ surprisingly easy to find these days.) And while things are objectively fine inside my house right now, they currently feel, well, less than fine at levels both national and global.

While things were changing, I kept working. After a few weeks tinkering with this redesign, I realized I wasn’t working on a website, not really: it was a worry stone. 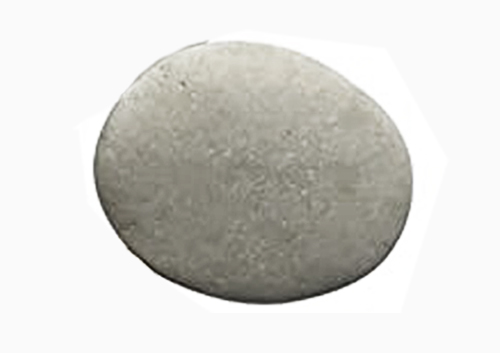 Truth be told, I don’t remember who gave me my first worry stone. I do remember I was quite young, my hand holding theirs as we walked alongside a creek… or maybe we were near the small freshwater spring near my grandparents’ farm? I’m not sure any more. But I do remember I was asked to hold out my hand, and then the person I was walking with—I have a sneaking suspicion it was my grandmother, but I’m not sure—placed a flat little stone in my palm. It had a comfortable, warm, calming weight in my hand as I turned it over and over, gray and white and gray again.

It was a few years before I realized that worry stones had a name, that they were borrowed from cultures other and older than mine. Heck, it’s been more than a few years since I’ve even held one. But in the last few weeks, before and after launching the redesign, I’ve kept working away at this website, much as I’d distractedly run my fingers over a smooth, flat stone. 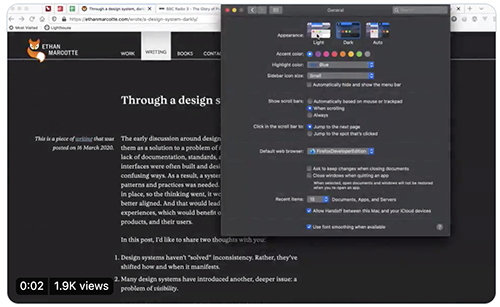 In the last week, I introduced a dark mode-friendly version of the design, though I’ve got plans for that one. (It’s currently keyed into your operating system’s preferences, but I’d like to toss together a visual preference to change the theme.) I’ve also reworked the footer’s layout, shipped a number of small accessibility improvements, and made the site considerably faster over slower network connections.

That’s not to say any of these things are done, mind you. But they’re done until I come back to them: until I find something else to revisit, to sand down, to turn over and over and over. As Jeremy so rightly said, there’s something truly centering in this work. Not least because whatever happens out in the larger world, this little place is mine.

… or, well. Sort of. I will say that it’s a bit odd to have a side project that’s also my professional home on the web. It can feel difficult to tinker in a space that’s mine, but that’s also the space I use to advertise the work I do. But that aside: as worry stones go, this is a good one, and I’m grateful to have it. I hope you’ve got a good worry stone nearby too, in whatever form it happens to take.

I’m glad you’re here. As always, thanks for reading.

See All Posts by Ethan Marcotte

Ethan Marcotte is an independent web designer, writer, and speaker. (He’s also the fellow who started that whole “responsive design” thing.) You can find him online at ethanmarcotte.com, or on Twitter at @beep.