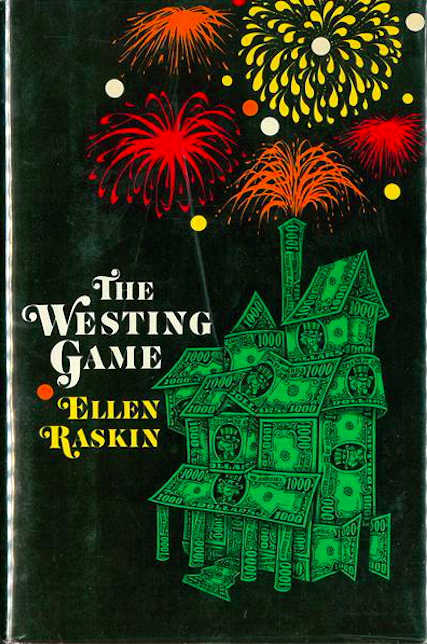 A cult classic — one whose plot is exceedingly difficult to describe without actually recounting the entire story word-for-word. Here’s how it begins, anyway: Sam Westing, a reclusive businessman, has been killed. In his will, he names sixteen heirs — all of whom have recently been selected to live in a new apartment building on Lake Michigan, not far from Westing’s mansion. The will is a puzzle containing clues to the secret of Westing’s death; in order to inherit his $200 million fortune (and control of his company), Westing’s heirs must split up into apparently random pairs and solve the puzzle. The heirs are a colorful, oddball bunch, including: a Jewish podiatrist and bookie, his self-centered wife, his beautiful daughter and her fiancé, and his brilliant 13-year-old daughter, Turtle; a Chinese-American restaurateur, his immigrant wife, and his track-star son; a female African-American judge; a shy older dress-maker; a highly observant 15-year-old boy in a wheelchair; a cleaning woman and a doorman in the new apartment building. Some of these characters have unexpected connections to Westing, others do not. What is the point of Westing’s game? And who keeps setting off bombs?

Fun facts: Winner of the Newbery Medal, and ranked one of the ten all-time best children’s novels, by a 2012 School Library Journal survey. Adapted in 1997 as a movie titled Get a Clue.