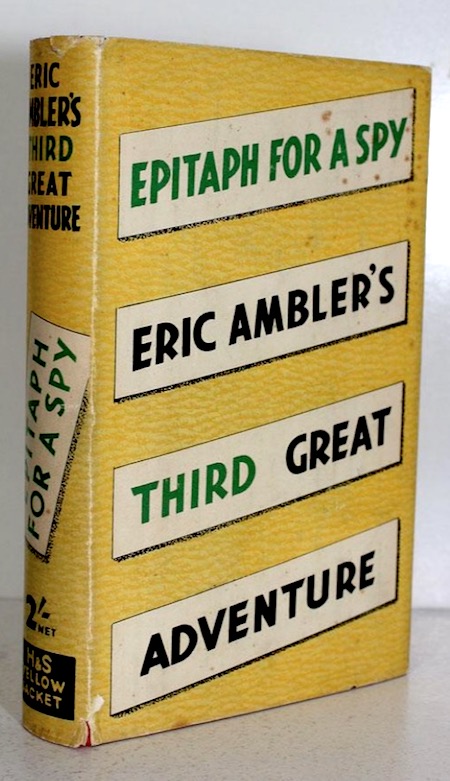 Josef Vadassy, a Paris-based teacher originally from a Yugoslavia-controlled Serbian province (to which he cannot return because his left-leaning father and brother were executed by the Yugoslav police), is on vacation at the seaside — celebrating his impending French citizenship — when he’s accused of spying on French naval installations. The novel’s simple declarative style — “I arrived in St. Gatien from Nice on Tuesday, the 14th of August. I was arrested at 11:45 a.m. on Thursday, the 16th, by an agent de police and an inspector in plain clothes and taken to the Commissariat.” — signaled the espionage thriller’s break with cloak-and-dagger melodrama. To clear his name, Vadassy is forced to assist with the French agents’ counter-espionage operation: Which of his fellow hotel guests is the real spy? As ever, Ambler is sympathetic with the plight of stateless individuals.

Fun facts: Adapted in 1944 as the suspenseful, moody Hotel Reserve, starring James Mason. Ambler was an anti-fascist sympathetic to the Soviet Union until the Nazi-Soviet Pact of 1939.