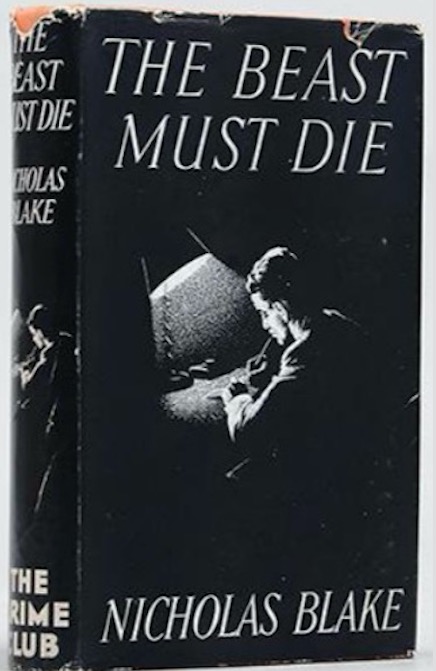 The first third or so of this novel, which Nicholas Blake fans consider his most distinctive and possibly his best, is dedicated to the diaries of Frank Cairnes, a mystery novelist and widower plotting revenge against whomever killed his son, Martie. It was a hit-and-run, so Cairnes doggedly interviews everyone who lives in the vicinity until he finally tracks down his man: the contemptible George Rattery; Rattery is married to a young movie starlet, whom Cairnes seduces in order to gain entrée into their home. The diary ends as Cairnes is about to stage a lethal accident for Rattery… and the novel switches to the third-person, after that. Rattery has survived Cairnes’s attempt, it seems… but then he does die, under mysterious circumstances, and Cairnes becomes the chief suspect. Claiming he’s innocent, he calls on Nigel Strangways — this is the light-hearted, literature-quoting detective’s fourth adventure — to save him from the hangman. Who killed Rattery? Was it his business partner, his wife, his mistress… or Frank Cairnes?

Fun facts: Cecil Day-Lewis was Poet Laureate of the United Kingdom from 1968 until his death in 1972; and he wrote mystery novels — sixteen Nigel Strangways adventures, among others — as “Nicholas Blake.” He was the father of the actor Daniel Day-Lewis and the English TV chef and food critic Tamasin Day-Lewis. 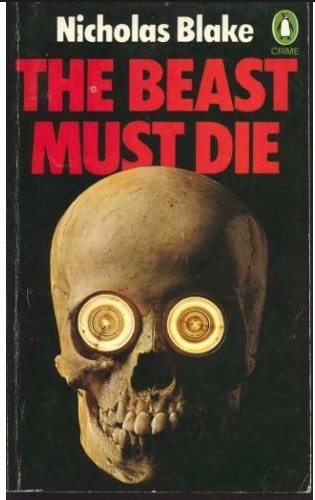